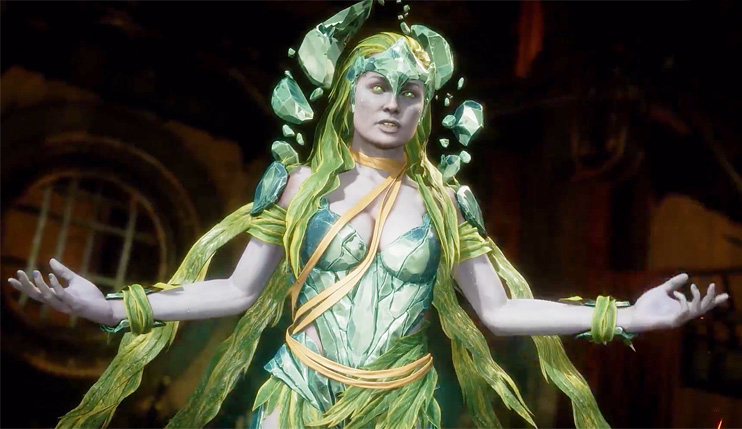 Mortal Kombat 11 has revealed its second all-new character (after the time-controlling Geras), and she bears more than a passing resemblance to Batman villain Poison Ivy. The new Kombatant Cetrion is described as an Elder Goddess, and seems to have a special connection with the Earth, unleashing plant, rock, and elemental-based attacks. Cetrion doesn’t look particularly fast or agile, but she doesn’t have to be, as she seems to have a large variety of ranged attacks. Honestly, she looks a bit OP, but I’ll reserve judgement until I actually get to play as her. You can check out the Cetrion debut trailer, below.

Mortal Kombat 11 slices and dices on PC, Xbox One, PS4, and Nintendo Switch on April 23. The game’s closed beta is currently in full swing, and will continue until April 11.