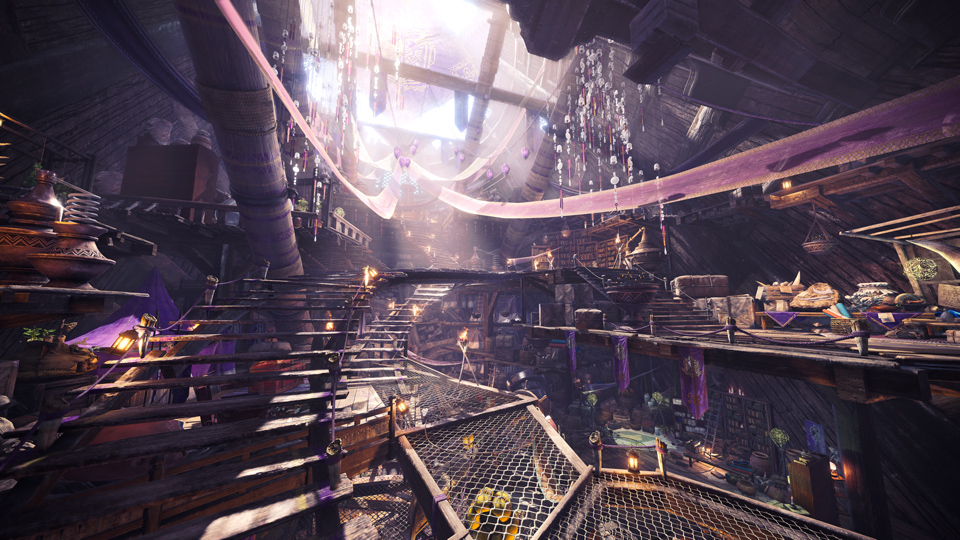 Monster Hunter World, the soon to release new entry in the series currently in development for PC and consoles, has received today a new batch of screenshots.

The new screenshots, which can be found right below, focus on some of the characters who have been sent to colonize the new continent. Among them are the Commander, Sword Master, Field Master, the palico Chef and others. Some of the screenshots also focus on the base of operation where these experts were based.

Earlier this week, it's been confirmed that Monster Hunter World will receive plenty of post-launch support which will add, among other things, some new monsters.

A few days ago, PlayStation Plus subscribers also had the chance to try out the game before anyone else. The PS4 Pro graphics settings have also been revealed, confirming that the game will come with Prioritize Resolution, Prioritize Framerate and Prioritize Graphics modes. Three different quests were also available.

Monster Hunter World launches on PlayStation 4 and Xbox One next month. The PC version has yet to be dated.