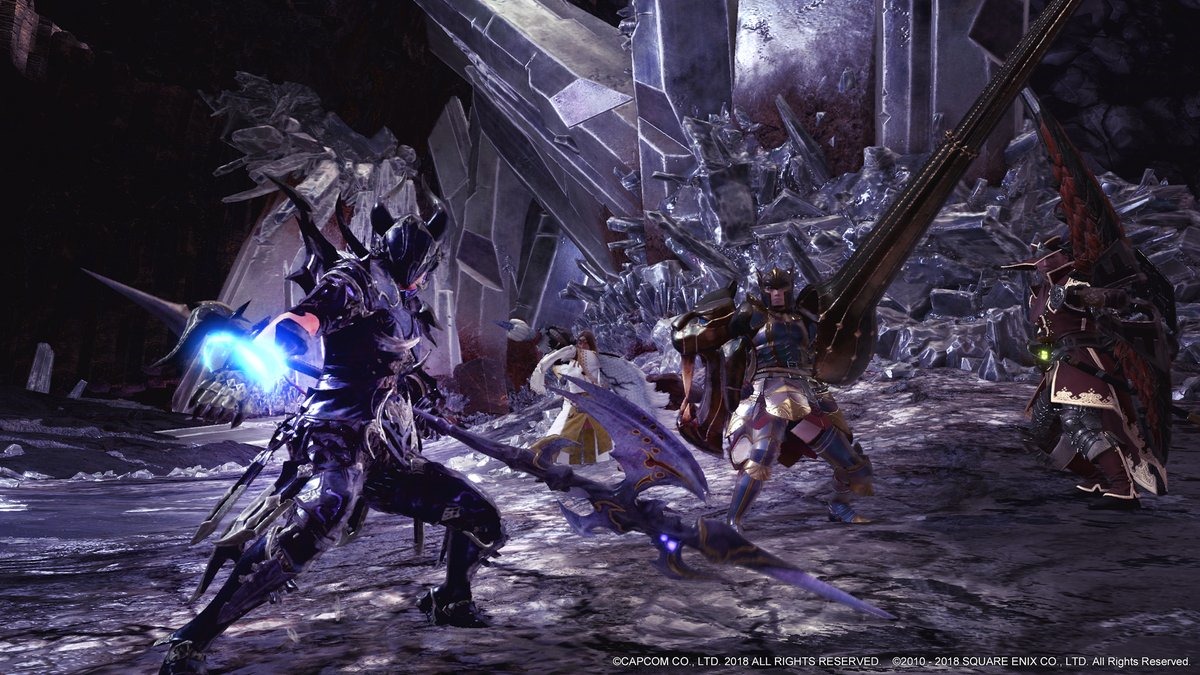 Monster Hunter World is soon going to get a Final Fantasy XIV cross-over event, and Capcom recently shared some new screenshots to showcase the collaboration content coming to the game next month.

The new screenshots showcase in detail the Dragoon gear that will be made available from August 1st. The set will also include the Gae Bolg weapon. The fearsome Behemoth and the Cactuars are also showcased.

On a related note, the Monster Hunter World Summer Twilight Fest is now live in all regions. The event adds new quest and also allows players to undertake all previously released event quests.

You'll find the Celestial Pursuit bedecked with decorations, and the staff garbed in their summertime best! Not only that, but your Poogie and the Handler will also have some special costumes!

For the duration of the event, almost all previously released event quests, including exclusive Summer Twilight Fest quests, will be made available. Your daily login bonus, limited bounties and more will feature some very special surprises for you!

Monster Hunter World is now out on PlayStation 4 and Xbox One. It will release on PC on August 9th, and a post-launch update is being considered to make the PC release go beyond parity with the console release.