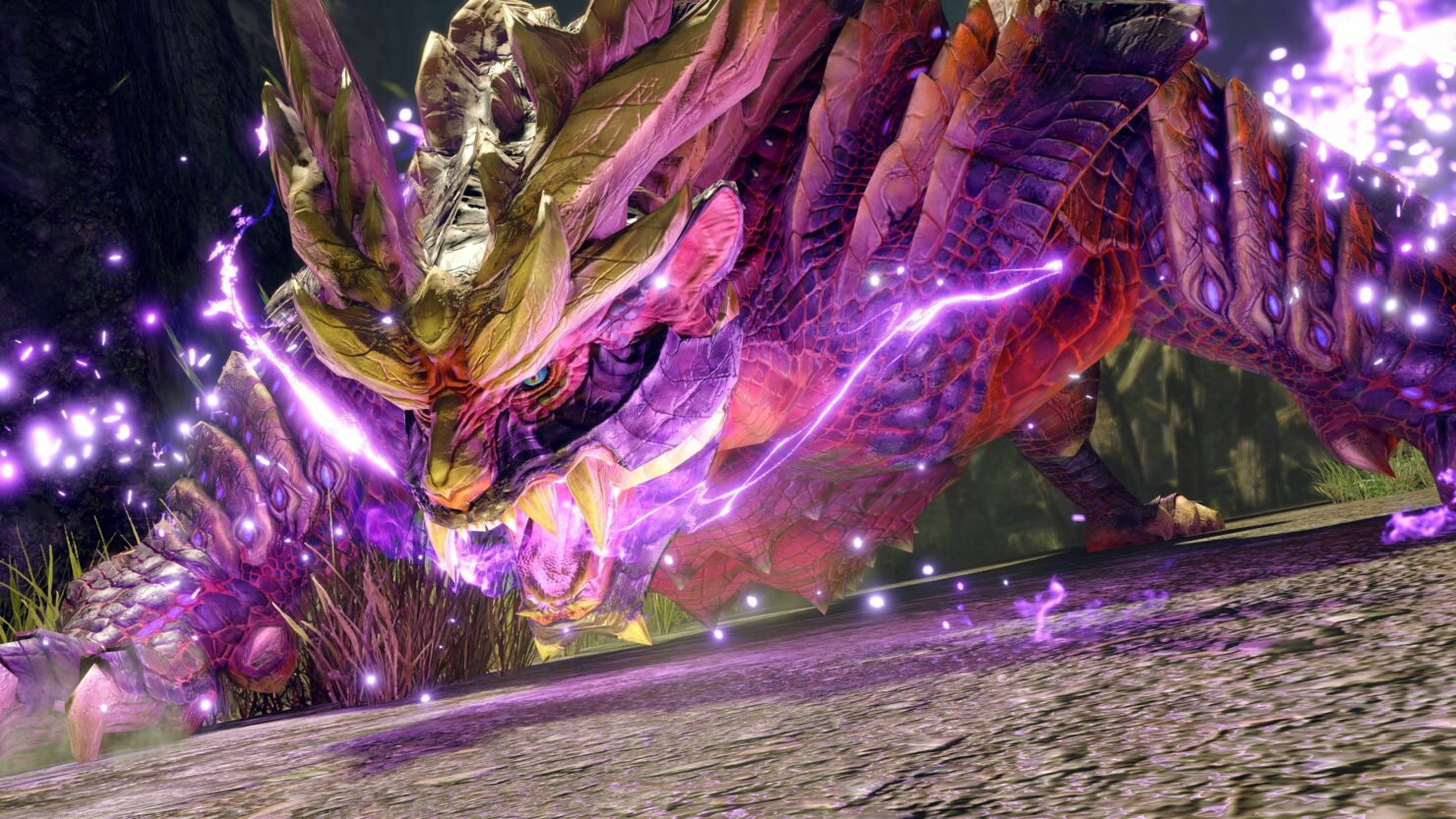 Monster Hunter World was way too slow for my liking. I know that this is going to make me sound like I'm missing the point of the thrill of the hunt, but the game ended up becoming way too tedious for me to continue being focused on it. Am I calling it a bad game? Absolutely not. This game still has its niche. However, when it comes to MH games, I feel like Monster Hunter Rise will be the experience many players like me are looking for.

Recently, Capcom granted us access to the Monster Hunter Rise demo, which will come out tomorrow for every other player. As such, I was able to see how the game would fare on the PC (via Steam) with higher graphical settings than those offered on the Switch. This preview is going to mainly focus on the gameplay and technical aspects of this demo. 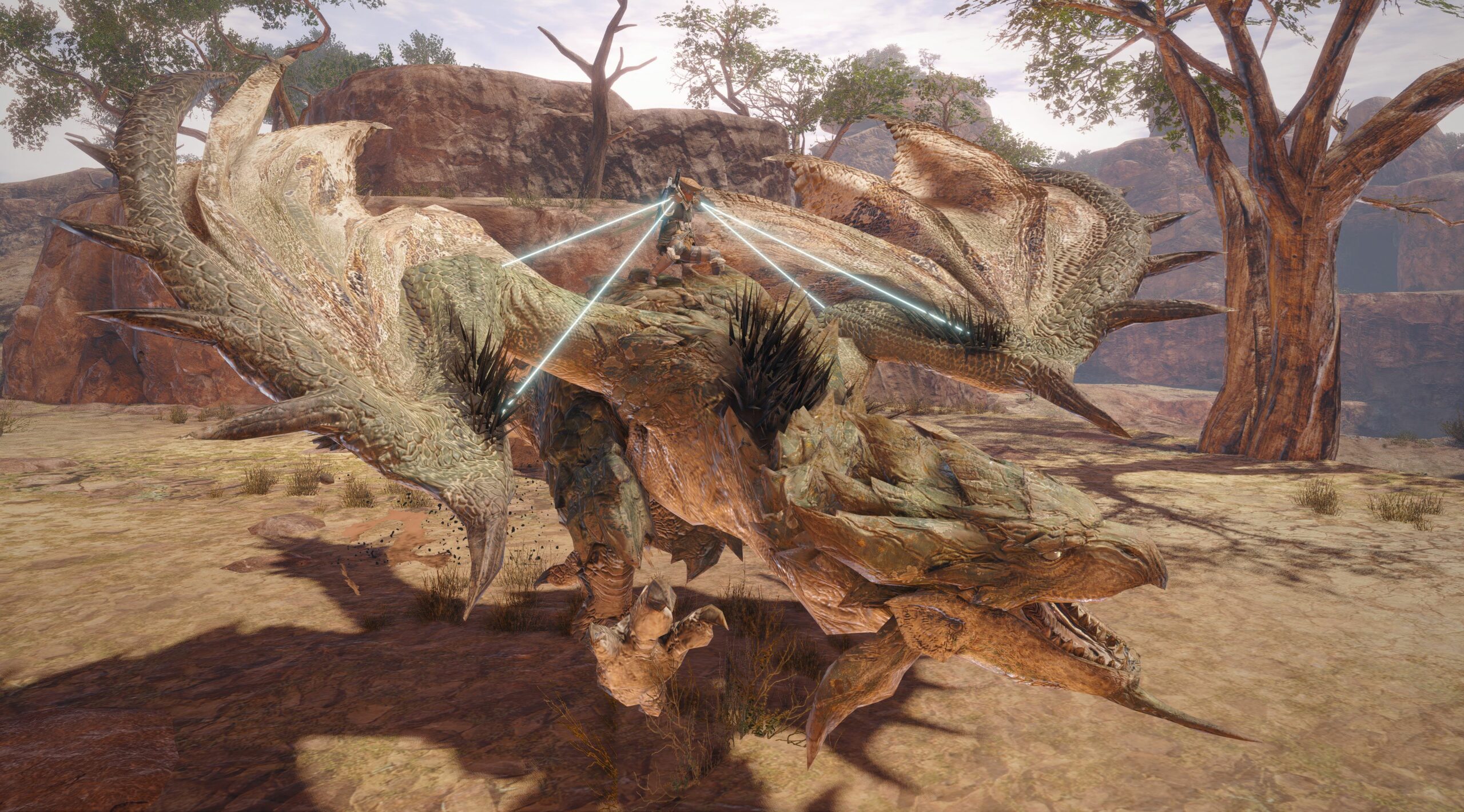 I'm going to go straight to the point here. Monster Hunter Rise is one of the fastest entries in the series. The game's been streamlined in many areas over what World brought, and thus, the experience is less campy and more aggressive. Even the monsters have accommodated this new design and have become much more aggressive and ruthless than before.

You still have to explore a large map and take down monsters as you find them at the core. However, you have to pay attention to your environment as Endemic Life will provide hunters with buffs that will let them get the upper hand. Some of these buffs can also permanently increase the player's Health, Defense, Stamina, and Attack.

Rather than trying to figure out which camp is closest to the monster or tracking down the target in one of many zones inside a locale, you spend the first two to five minutes collecting Spiribirds to increase your stats and then going after the target.

Unlike in previous games, Monster Hunter Rise immediately makes the position of each monster visible on the player's map at the beginning of each quest. So, you have to figure out a route to take to the target that provides the most buffs and permabuffs.

In terms of mobility, the player now has access to a set of Wirebugs that allows them to traverse the terrain quickly. Using the Wirebug is one of the essential aspects to learn when beginning to play Monster Hunter Rise, as it will save your life when you get knocked down by a brutal attack.

What do I mean by this? Pressing R2 and X will allow you to zip away after being knocked down quickly. This special dash will enable you to quickly recover and get away from the monster that's hitting you, allowing you to recover and gather your bearings before going back to the offensive. There are many other ways to use the Wirebug other than for terrain traversal, of course. Regardless, I feel like the Wirebug adds to the fluidity of the gameplay and affords the player extra maneuverability or extra offensive capabilities.

One of such offensive capabilities is the newly implemented Wyvern Riding which is done by hitting monsters with Wirebug attacks and getting two monsters to attack each other. When the beast becomes mountable, you press the Circle button to ride it and control it for a short time. Alternatively, you can also launch the monster to the nearest wall and force it to collide and subsequently topple, opening up for more attacks from you. 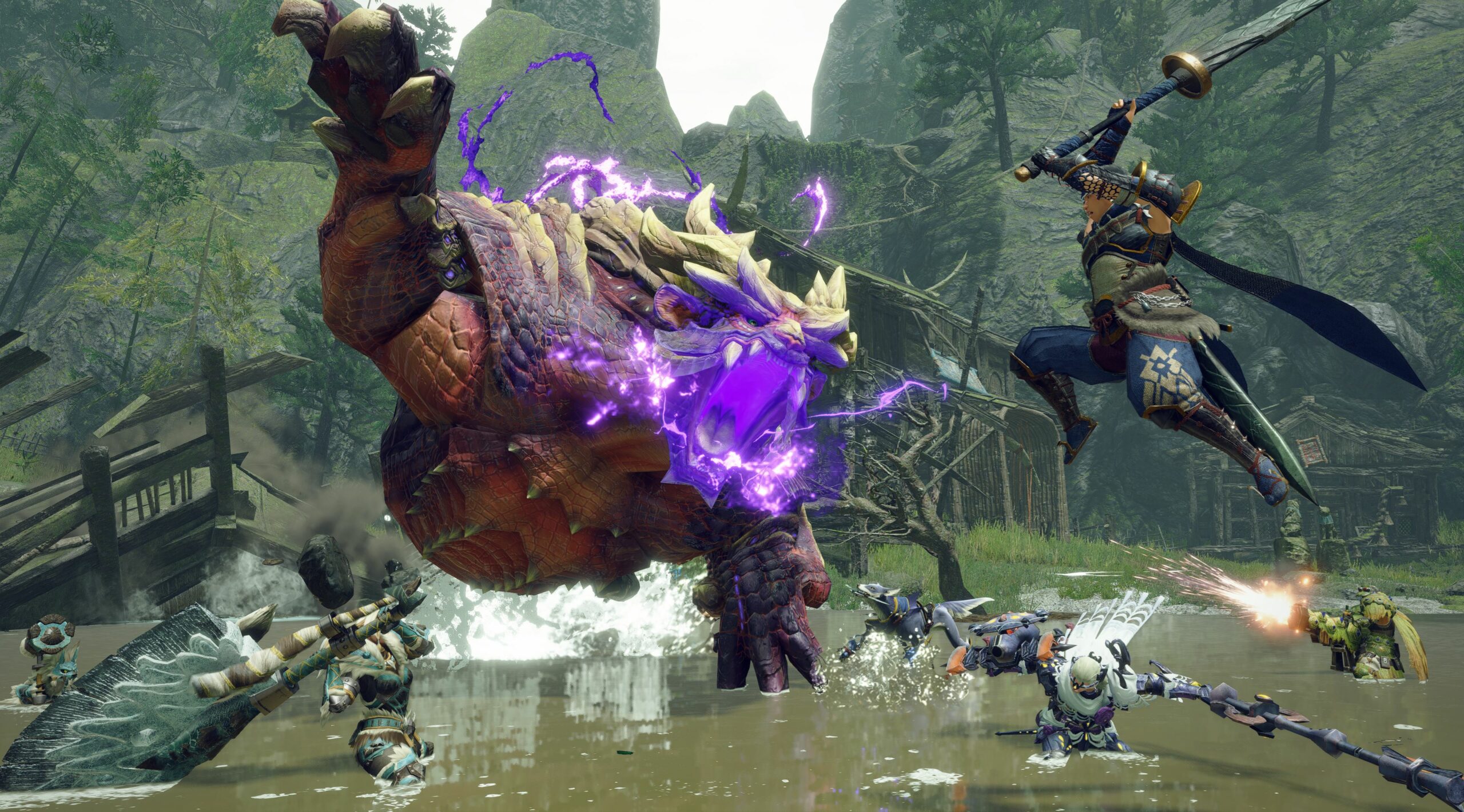 Now, in terms of graphics, the game looks just as beautiful as you'd expect from the RE Engine. The Nintendo Switch was able to handle the game's RE Engine pretty well by itself. However, it also lacked the graphical department compared to a much more capable PC with high-end components.

The loading times took just a few seconds, and the game was always running at a smooth 60FPS. Do keep in mind, however, that the game's highest resolution will be locked to what your monitor is able to handle. At the very least, this was the case for me in the demo of the game.

However, Capcom has promised that the PC version will feature customizable optimizations, allowing hunters to enjoy their journey in 4K resolution and with ultrawide (21:9 aspect ratio) support while also offering uncapped framerates and high-resolution textures.

Monster Hunter Rise is looking to be one of the most aggressive entries in the series. Some players might find the latest additions to the game's core mechanics to be way too streamlined, while newer players to the series and fast-paced action game fans will feel right at home with the game's quick pacing and frantic action.

Currently, I wish to play this game with my friends and acquaintances, as the real fun of the game comes from the co-op experience as various hunters take on extreme challenges. However, I'll be happily playing this game on PC (and getting better at it) when the full version releases on January 12, 2022. The demo will be released on October 13, so make sure to keep an eye on that Steam page.