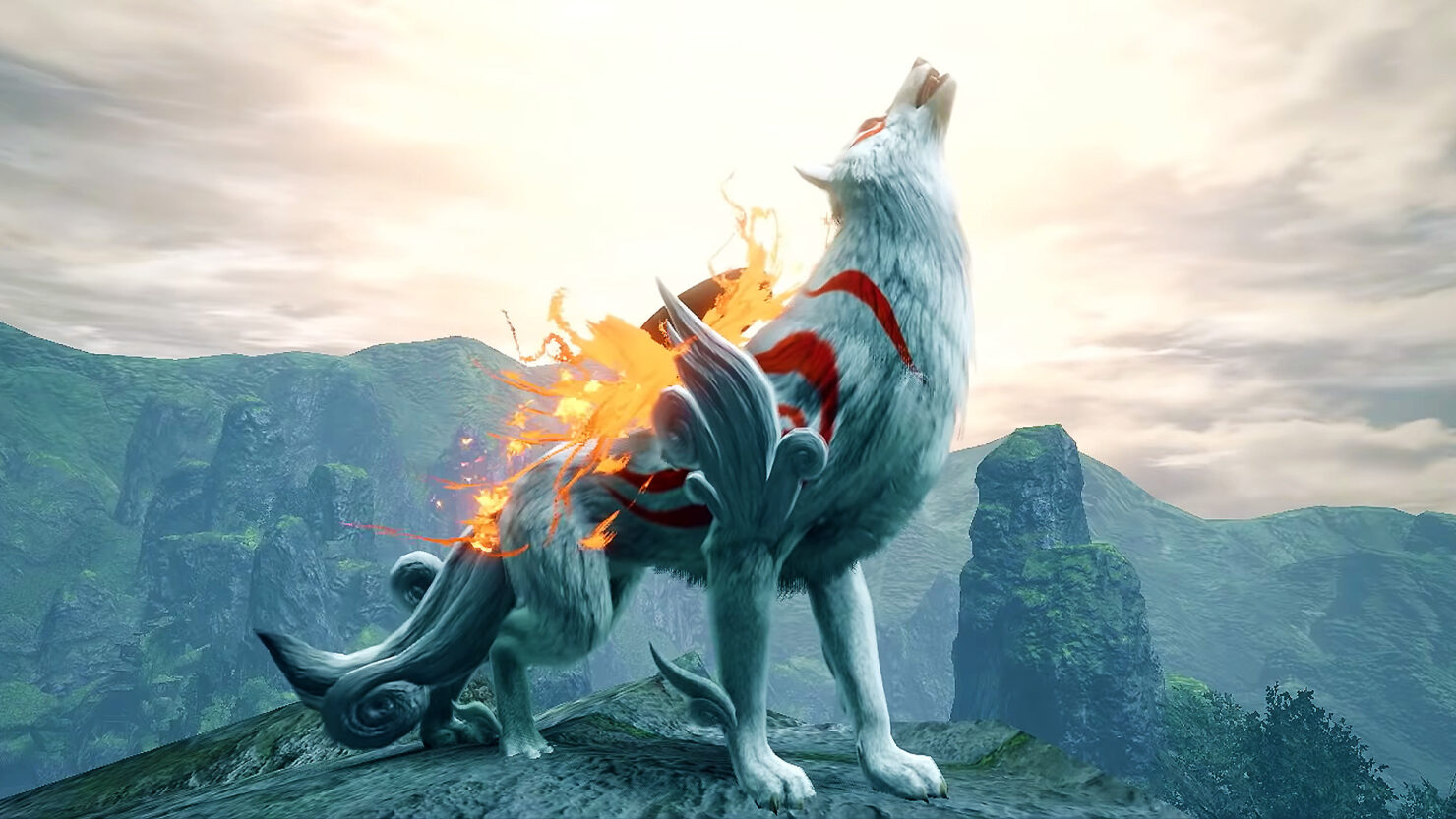 It’s been 15 years since Hideki Kamiya’s stylish action-adventure Okami was released, but the game still has its passionate hardcore fans. Well, those fans ought to be happy, because today Capcom announced Okami’s wolfy protagonist Amaterasu is coming to Monster Hunter Rise! The crossover will offer the “Ammy Costume” layered armor set, which makes your Palamute mount look like Amaterasu herself. You can check out a trailer for the crossover, below.

Amaterasu is still looking good after all these years! Players will need to complete a special Event Quest to get the Okami armor – no word on what that will entail yet, but they usually aren’t too daunting. Several free “Capcom Collab” updates have been promised for Monster Hunter Rise – the Okami crossover is the second, following a Monster Hunter Stories 2 collab in June. A new roadmap is promising at least five Capcom Collabs in total. 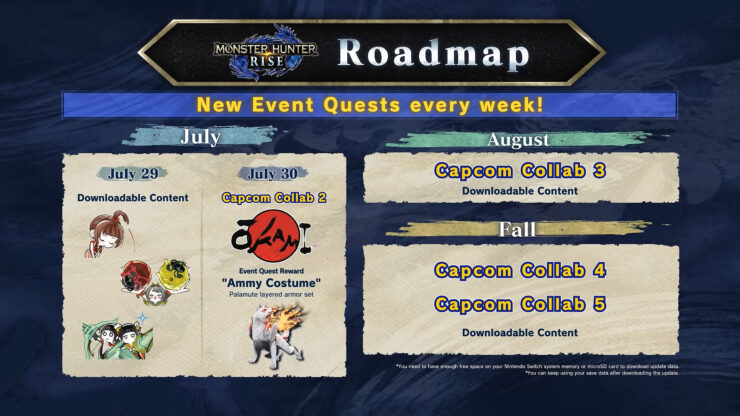 Haven’t been keeping up with Monster Hunter Rise? It’s definitely worth a look, as Wccftech’s Kai Powell deemed it his favorite Monster Hunter yet in his full review…

Despite my overflowing love for Monster Hunter World, I think Monster Hunter Rise might actually overtake it as my favorite original title in the series. The ways that Capcom has streamlined the onboarding and pre-hunt experiences to give players more time to focus on the actual hunt itself show that Capcom wants to respect the player's time, especially when they're trying to get three friends together for an afternoon of hunting. […] Monster Hunter Rise might offer the series' best entry for first-time players while series veterans will fly over the competition with the new Wirebug mechanics.

Monster Hunter Rise is available now on Nintendo Switch and will launch on PC in early 2022. The Okami DLC will be available on July 30.