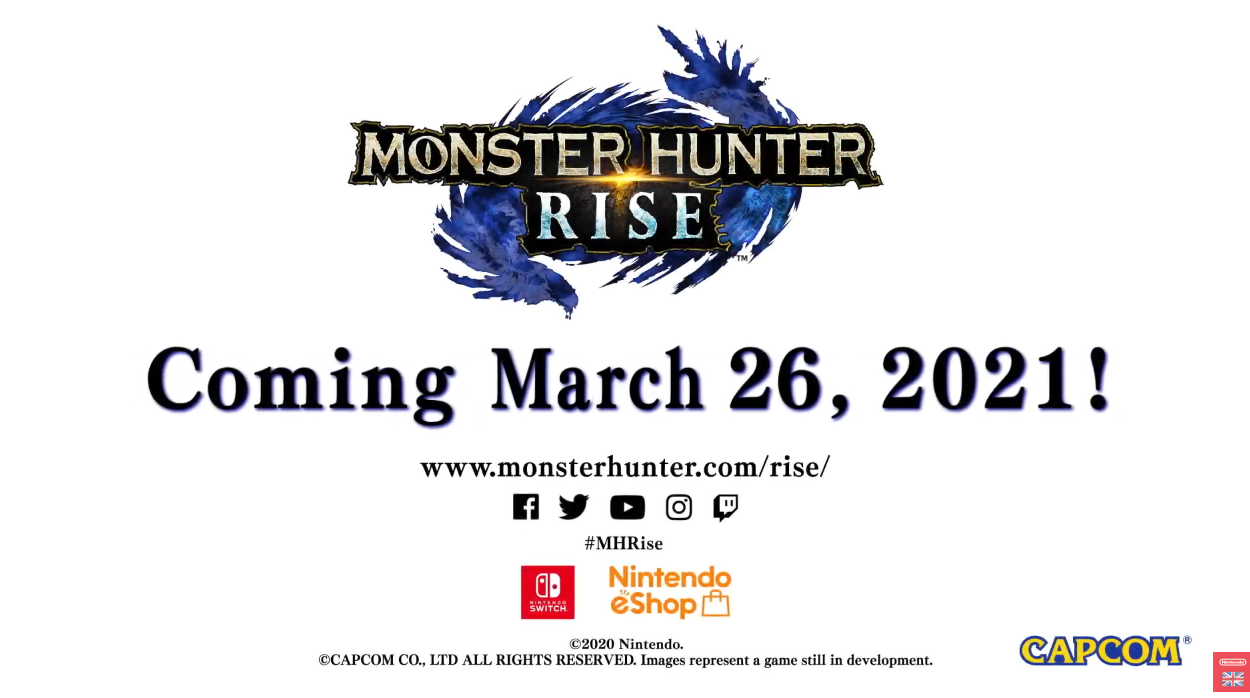 The new game, revealed during today's Nintendo Direct Mini with a trailer, will be the next main entry in the series, and it will feature new monsters, new movement options, a magical grappling hook, and more.

Introducing Monster Hunter Rise, a brand new take on the Monster Hunter experience, coming to Nintendo Switch on March 26, 2021. Team up and save Kamura village from the impending "Rampage"! Harness the new Wirebug hunting tool and enlist the help of Palicoes, and Palamutes, your new Canyne companions!

Monster Hunter Rise isn't the only new entry in the Capcom series to hit the Nintendo Switch next year, as Monster Hunter Stories 2: Wings of Ruin is coming sometime during Summer 2021.

Monster Hunter Rise will be released on March 26th, 2021 on Nintendo Switch worldwide. More information on the new Monster Hunter games coming to Switch will be provided next week during the Tokyo Game Show 2020.