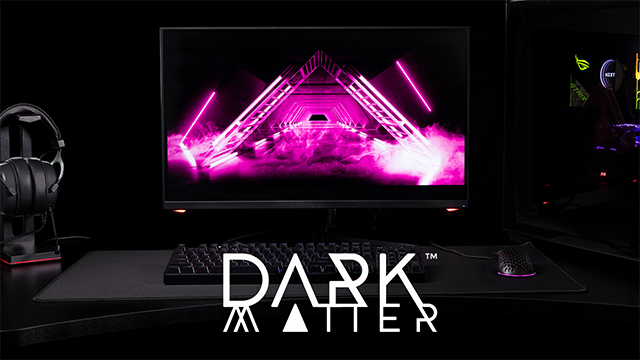 Monoprice has launched their Dark Matter gaming monitor line in two sizes, 27 inches and 24 inches, both with varying technology on the two panels located on the back of the monitors.

Previously, we posted a preview about the 27" model, but could only deal with speculation at that point. Now, they have officially released both sizes and styles on Monoprice's site. The 27 inch Dark Matter monitor has a refresh rate of 165Hz and rocks a response time of 1 millisecond. Utilizing the IPS panel technology, it offers both a wide color gamut and viewing angles, Adaptive-Sync technology to offer smooth and extreme viewing experiences and extremely active gameplay sessions. The 27" Dark Matter monitor has an MSRP of $229.99.

Monoprice's new Dark Matter gaming monitors feature A+ grade panels, are fantastic for varying gaming genres, especially with high-end first-person shooters like Call of Duty. As with all of Monoprice's monitors, they are backed by their "1 Year PixelPerfect™ guarantee."

You can pick up Monoprice's sleek new Dark Matter 24" and 27" gaming monitors on the Monoprice storefront today, and as an additional accessory, they also offer a Dark Matter gaming keyboard with RGB qualities and other Dark Matter computer accessories.