In the past few hours, some lucky Frontrunners have received codes for the Mirror's Edge Catalyst closed beta, revealing new details on the soon to be released new game developed by DICE. We haven't seen much of the PC closed beta, but a new video that's been shared today will finally shed some light on how the beta runs on PC. 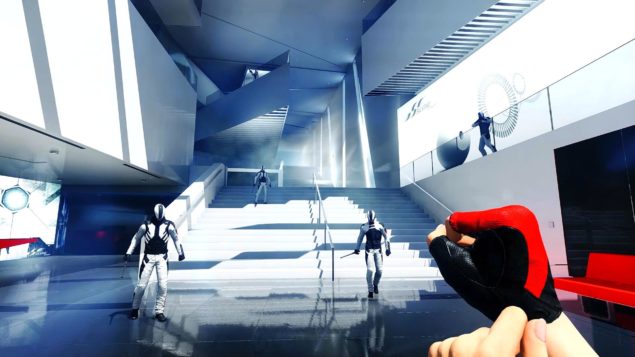 The new Mirror's Edge Catalyst gameplay video showcases the PC beta Ultra Settings. The video, sporting a resolution of 1920 x 1080, has been taken on a machine featuring an i7 2600k CPU, 8GB RAM and Nvidia GTX 970. Even without the full textures, the game looks quite good, so we should expect things to be even better in the final release. You can check out the video right below.

Yesterday, a bunch of screenshots taken from the Mirror's Edge Catalyst Xbox One closed beta have surfaced online. The Xbox One closed beta looks worse than the PC version, as it might be running at 720p with an unlocked 60 FPS framerate. The beta is in no way representative of the final product, but things won't probably change too much in the end, as all Frostbite powered games run at 1280 X 720 with unlocked 60FPS on Xbox One.

Yesterday, it's also been confirmed that Mirror's Edge Catalyst won't be released next month as originally scheduled but in early June. As the team wants everything to work flawlessly, including the Social Play features, and address player feedback from the Closed Beta, the game will be released two weeks later than originally scheduled, on June 7th in North America and June 9th in Europe.

Mirror's Edge Catalyst will launch in early June on PC, PlayStation 4 and Xbox One in all regions. We will keep you updated on the game as soon as more comes in on it, so stay tuned for all the latest news.