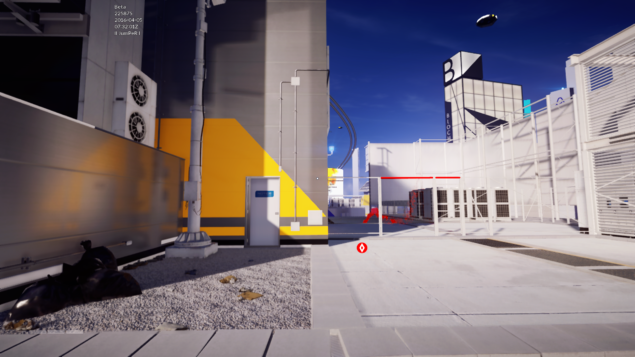 The Mirror's Edge Catalyst beta seems to be already in full swing and a lucky Frontrunner, IMGUR user xjumper, shared some impressions and screenshots. These are from the Xbox One version of the game and the graphics are quite underwhelming when compared to the (presumably) PC based screenshots released so far by EA DICE.

According to xjumper, who also posts on Neogaf, it looks like the game might be running at 720P on Xbox One while the frame rate is "unlocked 60FPS". This makes sense, since Frostbite powered games like Battlefield 4, Battlefield Hardline and Star Wars Battlefront all ran at 1280x720 and unlocked 60FPS on Microsoft's console, while PlayStation 4 enjoyed a higher resolution (900P or 1600x900).

If you have applied to be a Mirror's Edge Catalyst beta tester, check out your inbox and you might find a nice surprise. There will be no NDA (Non-Disclosure Agreement), so you can share everything freely.

Mirror's Edge Catalyst will be out on May 24 in North America and May 26 in Europe for PC, PlayStation 4 and Xbox One.