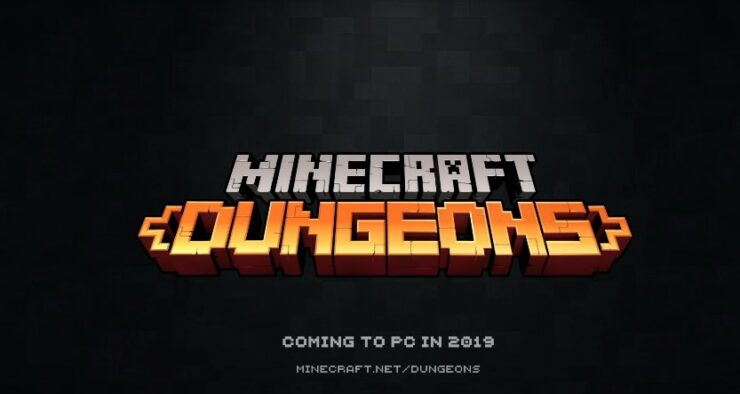 You thought the guys at Mojang were satisfied with just Minecraft? Guess again, because the developers of one of the world's biggest games are back with something brand new, yet familiar.

Announced during Microsoft's Xbox E3 Press Conference, Minecraft Dungeons appears to be a dungeon-crawling take on the classic Minecraft formula.

The debut trailer showed off brand new dungeon environments and enemies to fight against, but the aesthetic and art style will be incredibly familiar to anyone who has played Minecraft in the past.

The new game takes Minecraft into the realm of RPGs and enhances the combat from what you're used to. Gone is the first person perspective, replaced by a brand new third-person camera and an isometric perspective, giving the game a feel more akin to other loot-heavy dungeon crawlers, such as Diablo.

In the trailer, we saw some loads of brand new content, which looks to completely revitalize the Minecraft brand for anyone who's a fan of the franchise but wanted a more focused, challenging experience.

Whether or not the game will be aimed at children, Minecraft's largest demographic, remains to be seen. Here's hoping that the game is enjoyable for kids, while still maintaining a decent challenge for experienced players. As you would expect, the game will include local co-op multiplayer, so you can hop in and out of dungeons with your friends easily.

Microsoft will surely be launching the game on Xbox, but as of right now, the game's website only specifies a PC release coming in 2019. While an Xbox release is likely, ports to other systems, such as the PlayStation 4 and Nintendo Switch, remain to be seen. It happened with Minecraft but doesn't guarantee anything with Minecraft Dungeons.

Still, it's nice to see Mojang make more games other than just the main Minecraft title, and it'll be interesting to play this, and see what they have planned for the future.