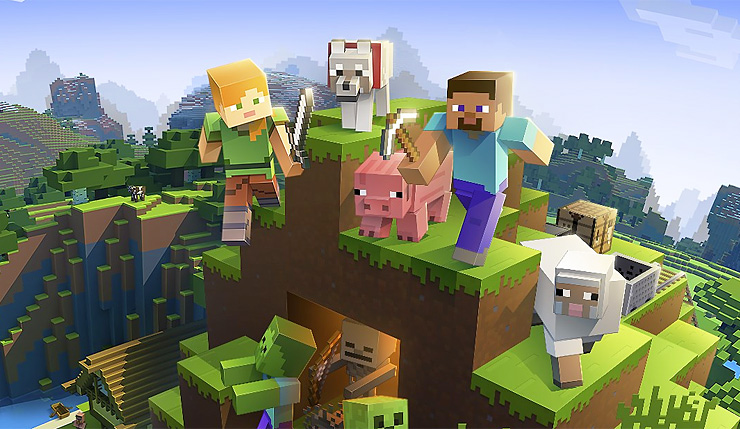 Can anything ever stop Minecraft? The blocky game is already the most popular in history, and it just keeps on growing – Minecraft has officially passed 200 million in sales, with 126 million people still playing the game monthly. Perhaps unsurprisingly, the game has actually benefitted from the COVID-19 pandemic, as the game saw a 25 percent increase in sales last month and a 40 percent spike in multiplayer sessions.

Minecraft also recently celebrated its 11th birthday, and the game’s developer Mojang used the occasion to announce they’re rebranding themselves as Mojang Studios. Why the change? Well, it makes sense, as Mojang is no longer the single-project company it once was…

TOOOT! Sound the annoyingly loud birthday alarm, because it’s Minecraft’s 11th birthday! […] From our humble beginnings in Stockholm, we are entering the 20’s as a multi-title, multi-location company. Following Minecraft Earth and Minecraft Dungeons, we’re planning a feature film, preparing an epic live show, and playing with ideas for brand new games. There are also several studios around the world, all part of Mojang. Which, in a stroke of genius, inspired our new name…Mojang Studios.

Mojang Studios claims they’re “playing with ideas for brand new games,” but an announcement video for the company’s name change may tease something more solid is in the works. Check out the video, below.

At the 41 second mark, this rather telling “file browser” screen comes up. 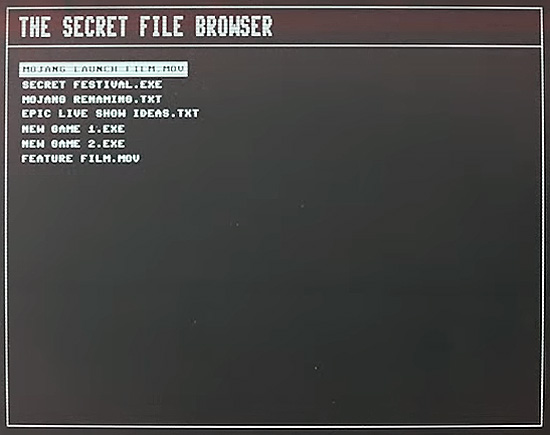 What’s with the listings for New Game 1 and New Game 2? Presumably one of those new games is the upcoming Minecraft Dungeons, but what might the other new game be? Hmmm!

Minecraft is available now on literally everything that plays games. Minecraft Dungeons hits PC, Xbox One, PS4, and Nintendo Switch on May 26. What do you think? Looking forward to the future of Mojang Studios or should they just stick to Minecraft?