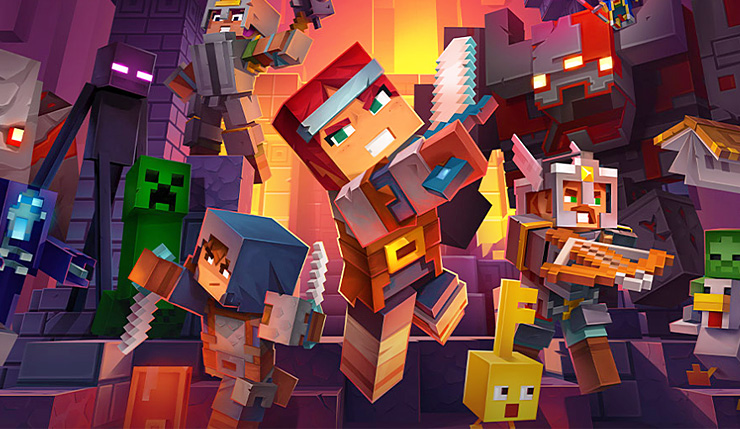 At E3 2019, Microsoft and Mojang announced Minecraft Dungeons, a standalone dungeon-hack spinoff of the most popular game of all time. Unfortunately, the game has been pushed back several times, with Mojang dropping yet another delay today due to COVID-19 pandemic. Ah, but there’s actually an upside to this announcement – while Minecraft Dungeons has been pushed back again, it now has a solid May 28 release date!

Mojang has also detailed the different editions of Minecraft Dungeons that will be available:

Minecraft Dungeons Will Be Available In Two Editions:

Haven’t been keeping up with Minecraft Dungeons? Here’s the official rundown:

Fight your way through an all-new action-adventure game, inspired by classic dungeon crawlers and set in the Minecraft universe! Up to four friends can play together, or you can brave the dungeons alone. Battle new-and-nasty mobs across action-packed, treasure-stuffed, wildly varied levels, all in an epic quest to defeat the evil Arch-Illager!

Minecraft Dungeons launches simultaneously on PC, Xbox One (including Xbox Game Pass), PS4, and Nintendo Switch on May 28. Mojang is working on crossplay, but it won’t be available at launch.