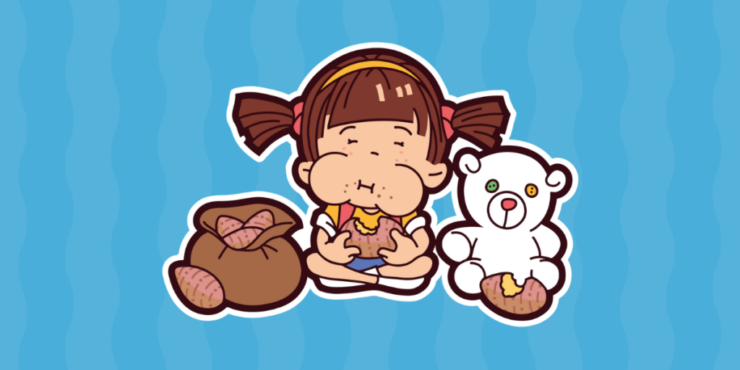 Mimimi Games is a developer that I can't help but celebrate. I've never played the studios first non-mobile title, The Last Tinker: City of Colors, but their two previous games have been nothing short of brilliant. Shadow Tactics: Blades of the Shogun (review here) is a game that could be said to have revived the real-time tactics subgenre. They then built on that success with a revival of the Desperados franchise with the superb Desperados III (review here). Now, the company is going it alone.

Or, at least they're going it without the support of a publisher. Following their partnership with Daedalic Entertainment for Shadow Tactics and THQ Nordic for Desperados III, Mimimi Games are now looking to self-publish their next title. In a move that seems very understandable to me, Mimimi Games' next title will be a real-time tactics title, something they've seemingly perfected.

Süßkartoffel, German for Sweet Potato, is the internal codename used for the developer's next title and links to the codename used for Desperados III, kartoffel, meaning potato. This doesn't necessarily mean that it's linked to Desperados III, Mimimi simply like their food-related codenames. The post also reveals that Mimimi already has a vegetable-related codename for their game coming after Süßkartoffel, though that is the only information given on the title.

Mimimi, however, don't look negatively upon their time working with publishers. Specifically, they state that they wish to thank Daedalic Entertainment and THQ Nordic for working with them to revive the dead real-time tactics subgenre. However, the studio states that at least once they want to make their own choices and the freedom that brings.

To quote Mimimi on what this offers them:

We are going to be able to take full control of every creative and business aspect of game development and publishing. We will get to choose how to distribute our resources and assets. We will be able to decide for ourselves what we want to talk about regarding Codename Süßkartoffel and when.

What truly is interesting is how this is going to be made. As stated, developing games isn't cheap, and Mimimi did almost go bankrupt in the past. The financing of their next title is going to be funded through different blocks of funding. The core funding is through "an undisclosed and independent investor" with the remaining sizable block of funding coming from a grant provided as part of the games industry grant program managed by the BMVI (Federal Ministry of Transport and Digital Infrastructure).

All of this points to a studio looking to assert a level of independence in an industry that is very quickly consolidating. Large and small, developers are getting bought up. I would also argue that, no matter what the new owners of these companies say, the independence of these companies is still threatened and eventually undercut. Mimimi, making this move, should make for an exciting move and one that I'm very much looking forward to. Having seen the exceptional quality of their previous two titles, I can't wait to see how their first game made with no outside influence turns out.