If you are a fan of real time tactics games, there's a very good chance you know about the Commando series, developed by Pyro Studios. The series' stealth-oriented real-time tactics experience hasn't been replicated successful by modern titles, but Mimimi Productions, the team behind The Last Tinker, will try to make it relevant again with their new title launching later this year on consoles and PC. 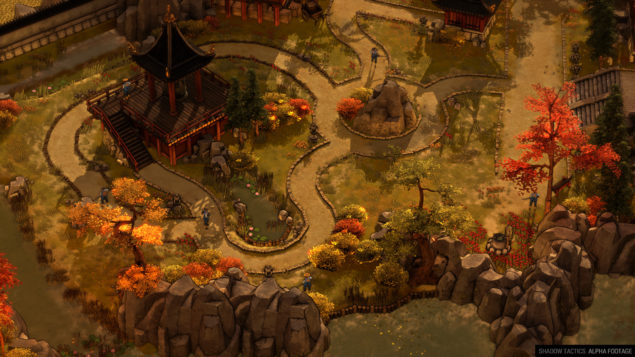 The new stealth-oriented real time tactics from Mimimi Productions and Daedalic Entertainment will be called Shadow Tactics. The game, which will be set in Feudal Japan, will see players command a team of ninjas as they infiltrate a variety of locations and complete a variety of objectives. Like in the Commando series, being spotted by the enemy means almost certain death, so players will have to be extra careful when controlling their team.

Skillfully hide from and sneak past the enemies fields of view, take their formations apart and hide their bodies to cover your tracks. Quick Save will enable you to execute your plans perfectly. Tactically plan actions for your whole team and execute them all at once. Make use of the vertical gameplay and jump from roof to roof to silently kill your foes from above.

In Shadow Tactics, players will be able to use all their resources creatively to outsmart the enemy. This will be especially important, as players will have to contend the enemy with only five specialists.

Shadow Tactics will be released during the fourth quarter of the year on PC, PlayStation 4, Xbox One, Mac and Linux. For more information on the game, you can check out the official website.