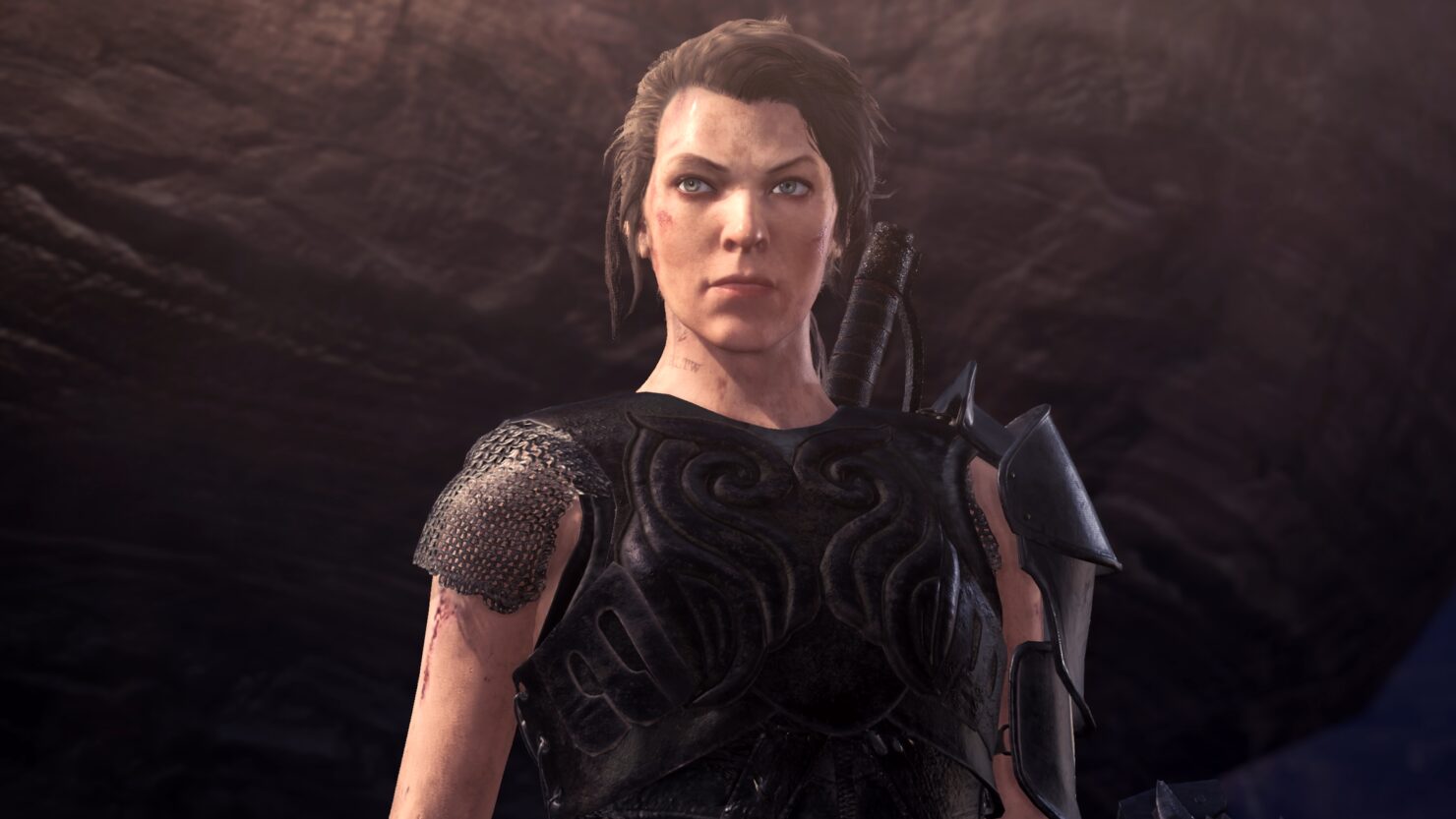 Renowned actress Milla Jovovich is about to land in the Monster Hunter World game with her character Artemis, CAPCOM announced today, as part of a movie tie-in collaboration quest.

In this special two-part event due to begin on December 4th (and only available for a limited time), hunters of Master Rank will first get to face the Black Diablos from the movie in the Wildspire Waste, before fighting Greater Rathalos in the Ancient Forest.

Succeeding in the quest will reward players with two sets of armor worn by Milla Jovovich in the movie, namely the Artemis α+ Armor Set, and the Artemis Layered Armor Set. Additionally, these items will be unlocked for successful hunters:

Last but not least, a specific item pack for this collaboration will be granted simply by logging into Monster Hunter World between November 26th and December 2nd. These include Ancient Potion x 30, Dust of Life x 30, Golden Egg x 10, True Armor Sphere x 3, and Earplug Jewel+4 x 1. The last item requires the purchase of the Iceborne expansion to be used, just like the whole event quest.

As mentioned above, Milla Jovovich will be the star of the Monster Hunter movie due to release on December 25th in the United States. She'll play Lieutenant Artemis, the leader of a military unit suddenly transported into the world of Monster Hunter and forced to deal with its massive monsters. The cast also includes Ron Perlman, Tony Jaa, T.I., and Meagan Good among others, while Milla Jovovich's husband Paul W.S. Anderson has directed the film and also written the script with the help of CAPCOM's Kaname Fujioka.