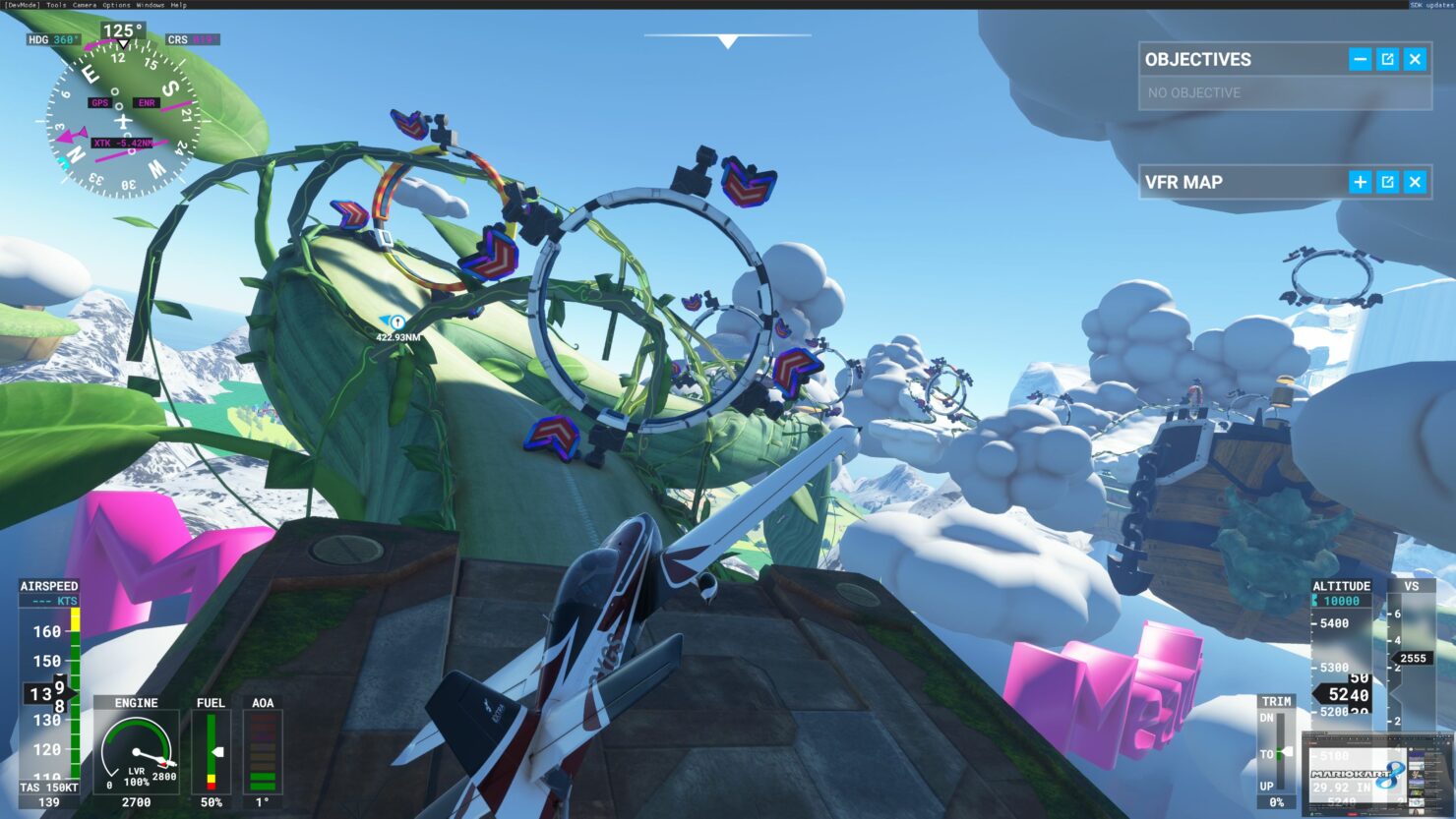 A Microsoft Flight Simulator modder added Mario Kart 8 tracks to the game, and the results are unsurprisingly hilarious.

Illogicoma recently added some Mario Kart 8 tracks to the latest entry in the series by Microsoft and the results are not as bad one may think, although the mod is in a very rough state. With a little bit more work, however, this mod may turn into something incredibly fun.

You can check out the Microsoft Flight Simulator Mario Kart mod right below.