Earlier in the week, the Windows Insider team had tweeted that it couldn't release a new build to Insiders in the Dev Channel due to a blocking bug. However, it appears the bugs have now been addressed. The Windows maker has just released Windows 10 Insider Preview Build 20197 to the Dev Channel Insiders, changing ALT+TAB behavior and moving Disk Management to Settings.

Surprise, #WindowsInsiders! Our amazing pit crew of engineers delivered the fixes needed and we have a fresh build for folks in the Dev Channel - Check out Build 20197 https://t.co/ErOQ6EVovm ^AL#AreYouFlightingYet pic.twitter.com/hYAHzUtAG5

The company has also announced starting the pre-release validation process for the upcoming Windows 10, version 20H2. Microsoft said that it will be a "remarkably fast update" for those on version 2004. Insiders in the Dev Channel are currently testing builds and features that will likely be a part of 2021 feature updates, but Microsoft insists that these builds aren't tied to any specific version of the operating system and can be packaged with any of the future versions.

Back to today's release, here is everything that is new with Windows 10 Insider Preview Build 20197

We mentioned we had more Settings work on the way, and here’s the next one – as of today’s build you’ll now be able to manage your disks and volumes from within the Settings app. This includes tasks such as viewing disk information, creating and formatting volumes, and assigning drive letters.

Unlike the existing Disk Management MMC snap-in, this modern experience was built from the ground up to with accessibility in mind. It also features better integration with features such as Storage Spaces and the Storage breakdown page.

Go to Settings > System > Storage and click Manage Disks and Volumes to get started. We’d love to hear your feedback once you try it out. 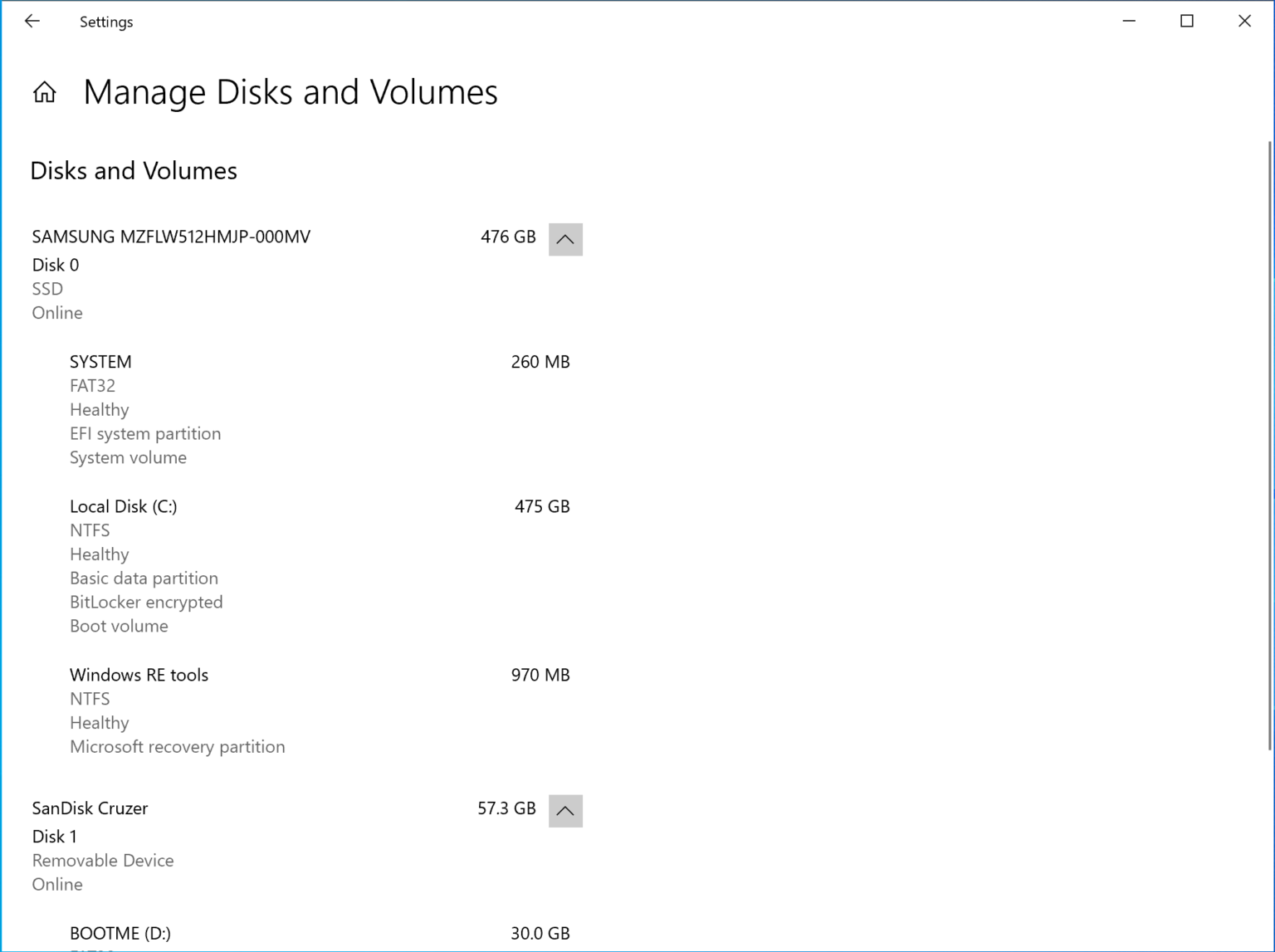 The existing Disk Management MMC snap-in is still available for those that need it.

We are excited to announce that the Your Phone apps feature which was highlighted during Aug 5th Samsung Unpacked event is now gradually rolling out to General Public. As a reminder, Your Phone apps feature allows you to instantly access your Android phone’s mobile apps directly from your Windows 10 PC. You can conveniently pin your favorite mobile apps to your Taskbar or Start menu on your PC for quick and easy access. When you launch an app, it opens in a separate window outside of the Your Phone app enabling you to multitask. So, whether you need to quickly reply to a conversation, respond to your social posts, or order food, you can do it fast using your PC’s large screen, keyboard, mouse, pen and touch screen alongside your other PC apps!

Please see the feature requirements below including list of supported phones and well as this FAQ here on Microsoft Answers.