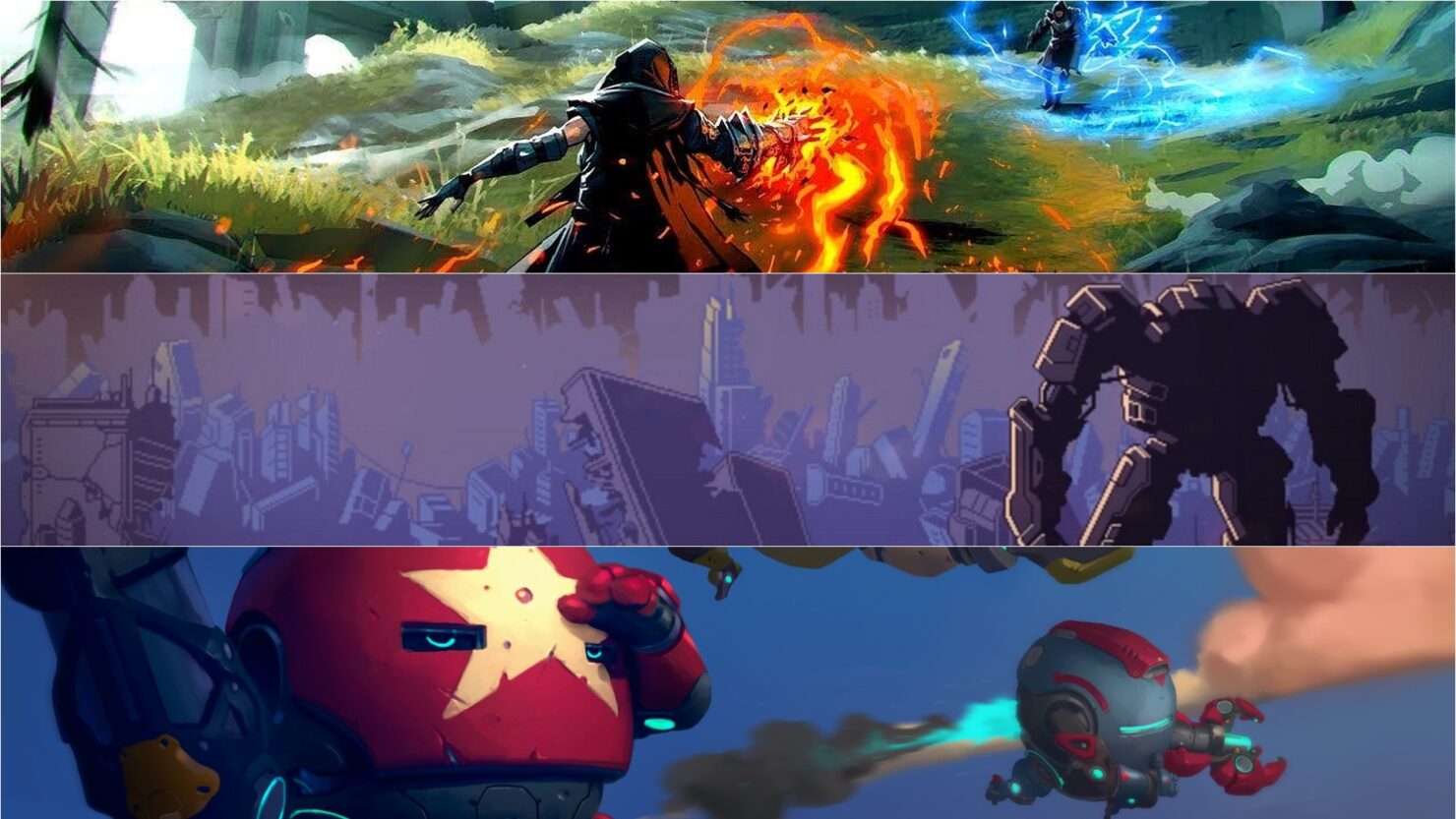 Spellbreak is a multiplayer action-spellcasting game where you unleash your inner battlemage. Master elemental magic to fit your playstyle and cast powerful spell combinations to dominate other players across the Hollow Lands.

When magic is forbidden, locked in the iron grip of the Vowkeepers, it’s up to you to resist and reclaim what’s yours. Harness the raw power of your gauntlets and tap into the unimaginable forces of the elemental planes . Soar into fierce battles, through floating islands and impossible terrain, to unleash the Breaker within.

Then there's Into the Breach, the 'turn-based pixel-art Pacific Rim simulator' developed by Subset Games that was awarded with a 9.5/10 in our review penned by Rosh. This isn't a new game like Spellbreak, mind you, but it's still a great one.

Into The Breach blends turn-based strategy and puzzles games on such a tiny, yet perfect scale that it has raised the bar for both genres at the same time.

Diabotical is a fast, action packed, fun first-person shooter filled with color, set in a universe where Eggbots travel from planet to planet, transforming any interesting locations that they find into battle arenas to fight each other for fun!

Diabotical is focused on being a fun game for all, with easy to learn game modes, excitement to be had right off the bat as well as providing more challenging modes for those who will become more familiar with the game's fast movement, weapons and tactics.

Which one of these games looks most appealing to you?