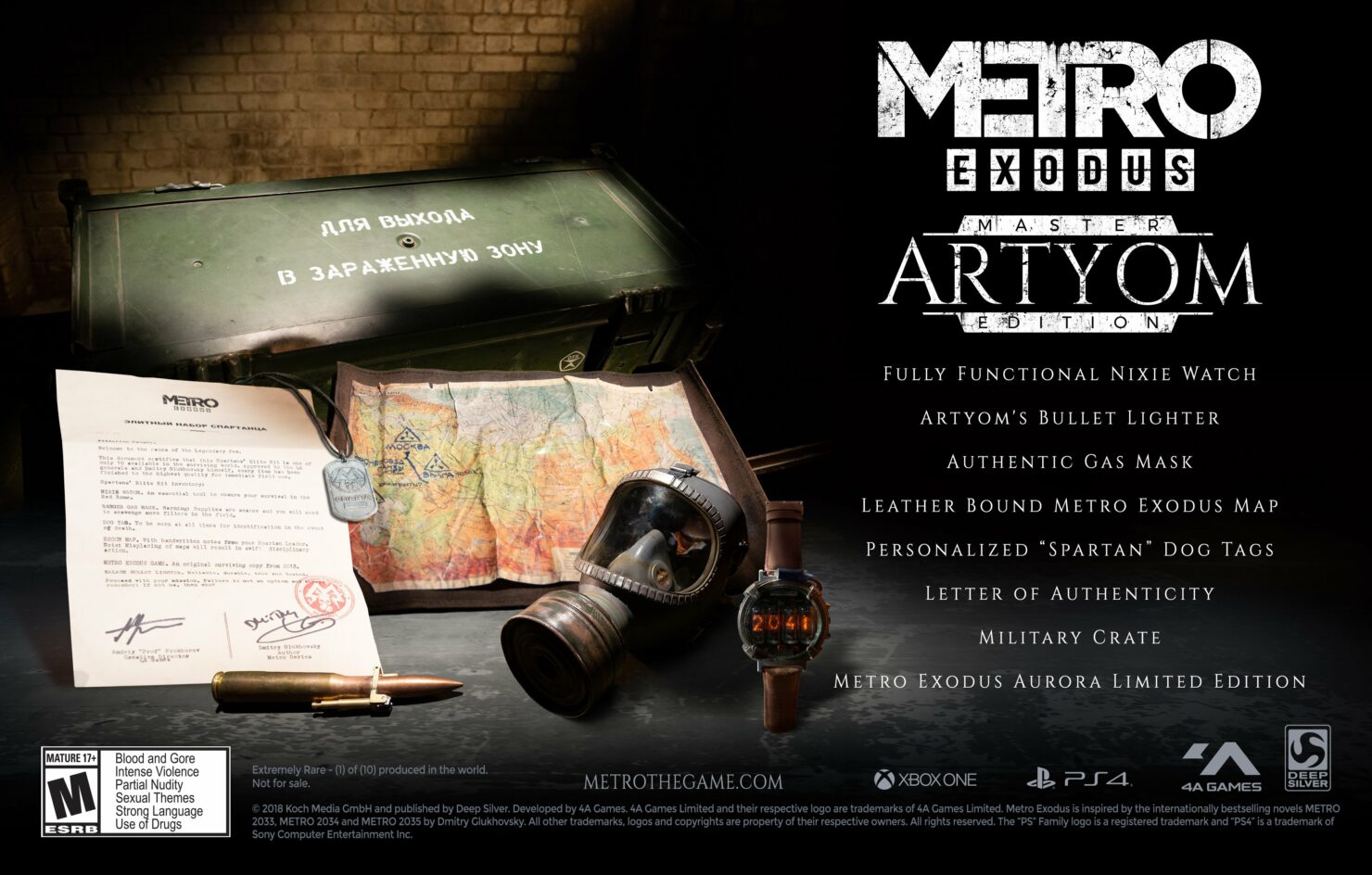 Only 10 copies of this incredibly rare limited edition have been made and 1 of those has been given to Metro developer 4A Games. Rather than selling this edition, Deep Silver has announced that  fans will have the opportunity to win the Artyom Edition via promotions planned in the coming weeks.

Down below you’ll find what will be included with the Metro Exodus Artyom Edition:

Check out the trailer that Deep Silver released for this extremely rare edition below:

“We are incrediby excited to reveal the Metro Exodus Artyom Edition, an incredibly limited hand-crafted and priceless edition, created with 4A Games and Metro author Dmitry Glukovsky”, Deep Silver writes.

Metro Exodus will release on February 15 for Xbox One, PlayStation 4 and PC. Ahead of the game’s release, Microsoft announced the Xbox One X Metro Saga bundle yesterday.