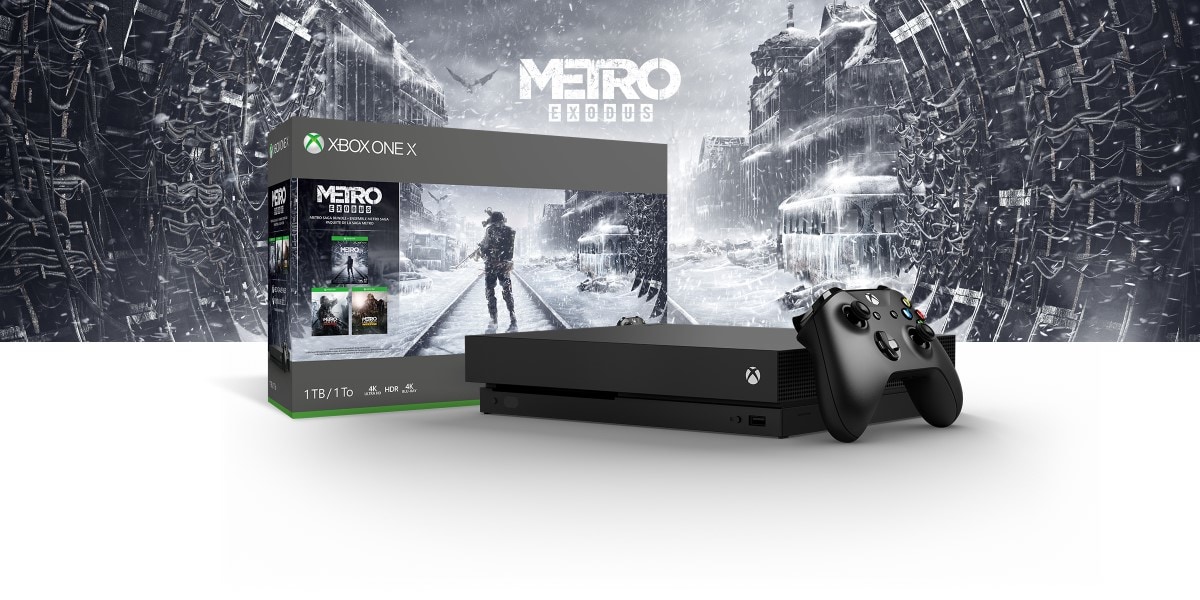 Arriving on the release day of Metro Exodus on February 15, the brand-new bundle is available for pre-order starting today for $499.99 USD at the Microsoft Store and participating retailers.

The bundle includes full-game downloads for the above mentioned Metro titles alongside an 1TB Xbox One X console, an Xbox Wireless Controller and 1-month trials to Xbox Game Pass and Xbox Live Gold.

“To equip players for an immersive experience as they trek across the ravaged Russian landscape, we’re announcing the Xbox One X Metro Saga Bundle, which includes full-game downloads of Metro 2033 Redux, Metro: Last Light Redux and Metro Exodus, so you can jump into the haunting tale of humanity’s survival from the very beginning”, Microsoft writes on the official Xbox Wire. “Enhanced for Xbox One X in 4K Ultra HD and with HDR support, Metro Exodus will take players on a journey through vast sandbox levels packed with apocalyptic creatures across four beautiful but hostile seasons.”

Metro Exodus will also release for PC and PlayStation 4 next month.