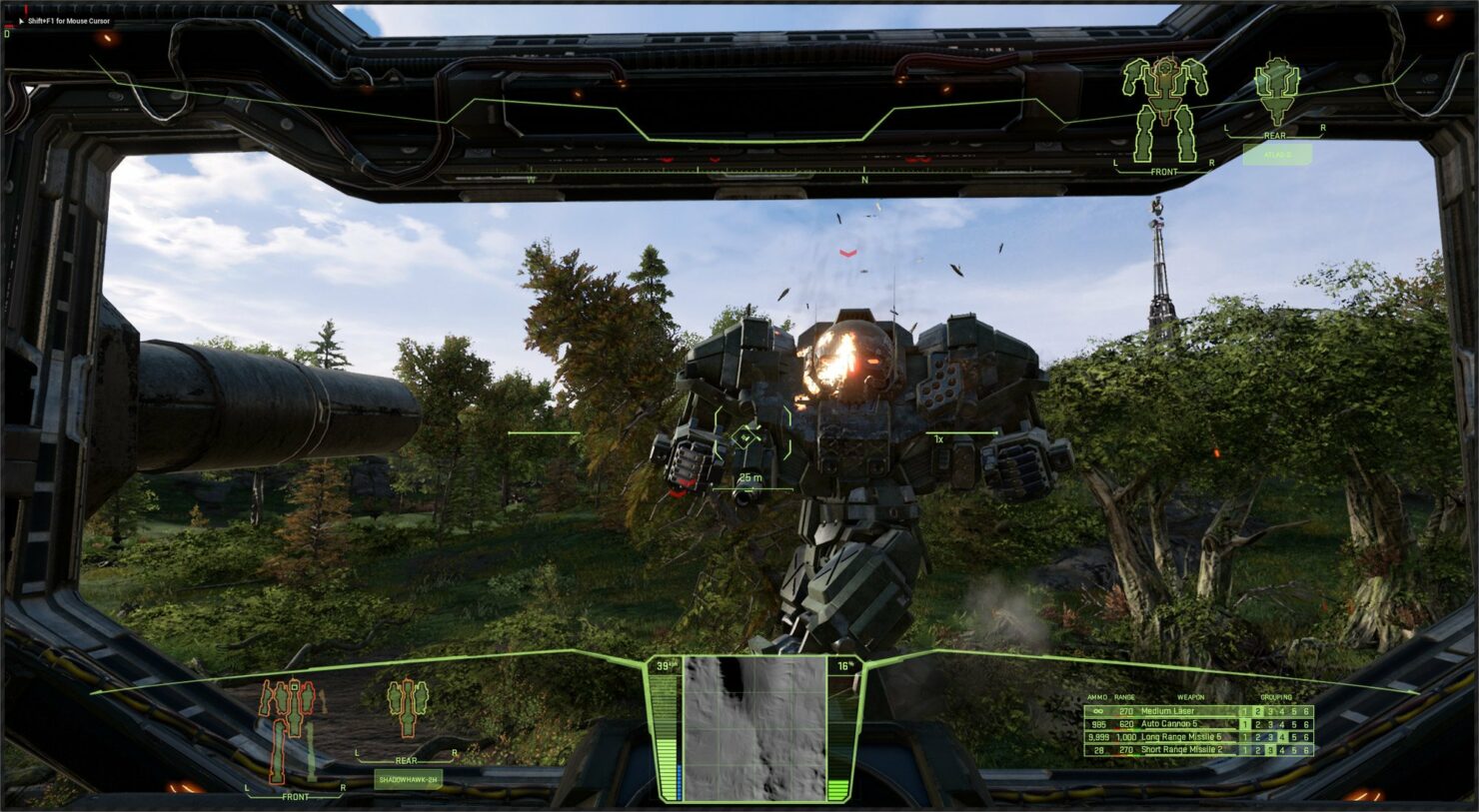 Canadian developer Piranha Games (not to be confused with German studio Piranha Bytes, the makers of ELEX) shared a brand new gameplay footage of MechWarrior 5: Mercenaries, the first-person standalone single player game due for release in late 2018 on PC.

The video showcases some of the game's biomes available at launch, as well as various types of weather and terrain players will encounter on the battlefield from electrical storms to heavy fog and deep canyons.

The build update footage also provides a look at the damage that buildings can sustain and the explosions that will result when you blast an enemy helicopter out of the sky.

Unlike its PvP sibling MechWarrior Online, this game will be focused on PvE mech combat where players will partake in a career based Mercenary campaign driven by player choice. The campaign will begin in 3015, thrusting the players' green mercenary into the Third Succession War that's breaking the Inner Sphere (containing all worlds within 500 light years of Earth).

MechWarrior 5 has also been confirmed to feature 'extensive' modding and compatibility with Steam Workshop, not to mention a cooperative mode to play with friends.

Fans of the franchise launched by FASA Corporation in 1984 are going to have a banner year in 2018, as there's also the upcoming BATTLETECH turn-based strategy game due for release next month. Made by franchise creator Jordan Weisman, now founder of Harebrained Schemes, BATTLETECH also promises to let you live the fantasy of a mercenary company fighting in this beloved IP. Aside from the different perspective and gameplay mechanics, though, BATTLETECH will take place in 3025 - about ten years later than MechWarrior 5.

MechWarrior 5 Mercenaries Confirmed for Xbox One, Series S and X