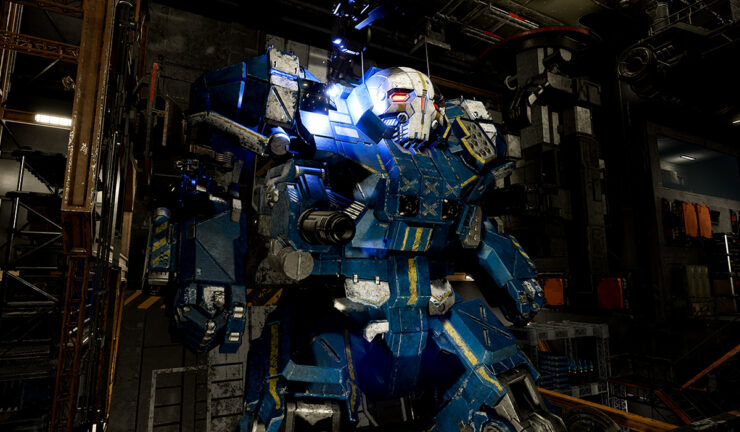 During yesterday's Mech_Con 2017, the annual celebration of all things BattleTech and MechWarrior taking place in Vancouver, Piranha Games announced that MechWarrior 5: Mercenaries will launch in December 2018 on PC.

This will be the first MechWarrior game featuring a single player campaign (though it can be tackled in co-op mode if you so desire) in over fifteen years.

MechWarrior 5: Mercenaries features intense PvE ‘Mech combat in an immersive, career-based Mercenary campaign driven by player choice. Featuring an advancing timeline starting in the year 3015, players will adopt the role of a new MechWarrior mercenary thrust into leadership of a mercenary squad as the Third Succession War continues to fracture the Inner Sphere; the vast region of colonized space surrounding Earth. Victory, prestige, and profit will not only require skill on the battlefield, but in the maintenance and enhancement of your BattleMechs.
The game’s newly-announced co-op functionality will enable players to host up to three friends inside their campaign universe, running missions together as a coordinated lance under the banner of the host’s mercenary unit.
MechWarrior 5: Mercenaries will also receive full mod support, empowering fans to customize their own missions, contracts, planetary systems, biomes, and much more, via powerful toolsets and Steam Workshop integration.

2018 sounds like an amazing year for fans of the universe originally created by FASA Corporation. BattleTech, a turn-based strategy game directed by franchise creator Jordan Weisman, developed by Harebrained Schemes and published by Paradox Interactive, is also due to release next year on PC. Funded via Kickstarter in November 2015, it will include a single player story campaign, an expanded mercenary campaign and even a multiplayer PvP mode.