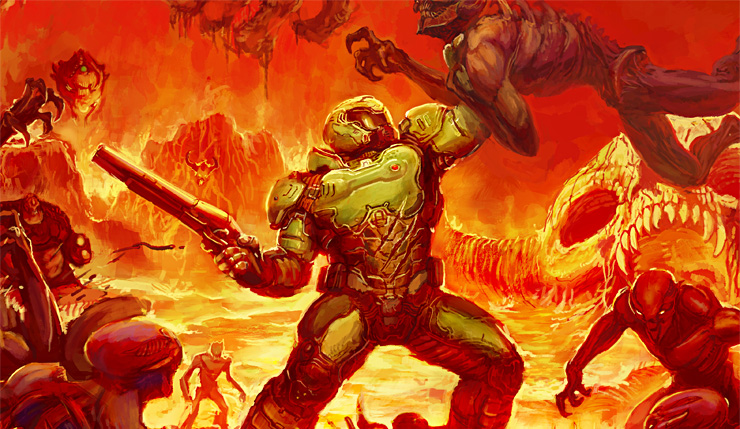 Masters of Doom is getting a TV show pilot, as revealed yesterday by Variety, with the Franco brothers executive producing it alongside Tom Bissell, who is also writing. Bissell, who worked as a writer on games like Batman: Arkham Origins, The Vanishing of Ethan Carter, Battlefield Hardline, Uncharted 4: A Thief's End and Uncharted: The Lost Legacy, is on his second project with the Franco brothers after The Disaster Artist.

The pilot has been ordered by USA Network, though of course that doesn't guarantee a full-fledged series will be made.  Should that be the case, though, the sources cited by Variety add this would become an anthology series, with each new season focusing on

Masters of Doom, of course, is an adaptation of the 2003 book written by David Kushner. Here's what the book's description says:

Masters of Doom is the amazing true story of the Lennon and McCartney of video games: John Carmack and John Romero. Together, they ruled big business. They transformed popular culture. And they provoked a national controversy. More than anything, they lived a unique and rollicking American Dream, escaping the broken homes of their youth to co-create the most notoriously successful game franchises in history—Doom and Quake—until the games they made tore them apart.

It should be noted that neither John Romero nor John Carmack are involved in any way with this project. That said, they did comment the news on their respective Twitter accounts.

John Romero, who recently unveiled Empire of Sin (which just won our Best Strategy Game of E3 2019 award, by the way), seemed to be pretty happy about it though he would like to be played by someone of his heritage (Mexican, Yaqui and Cherokee). His wife, Brenda Romero, playfully wondered who would play Romero's hair.

John Carmack, on the other hand, looked a bit stiffer as he wished them the best while pointing out the great potential for a disaster.

This news seems pretty cool. I hope I'm played by someone of my heritage. Any suggestions? https://t.co/rfNZ96sqCB #DOOM @davidkushner pic.twitter.com/hPCG8yEHyp

I wish them well and hope for the best. There are, of course, many opportunities for disaster, but I’m not going to dwell on things out of my influence.