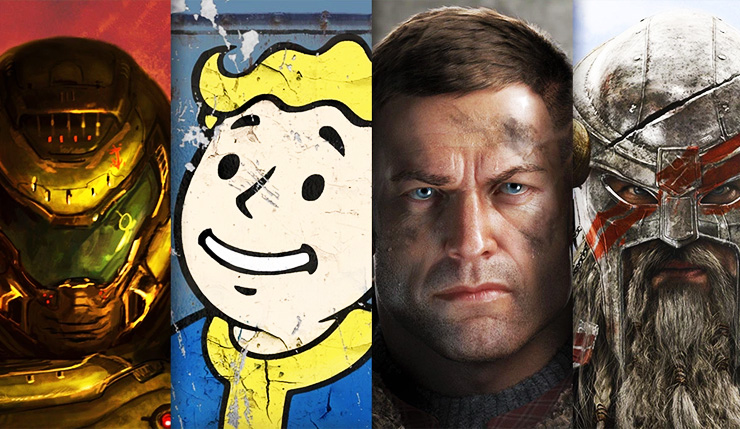 Now that Microsoft owns Bethesda lock, stock, and barrel, will future games in the Fallout, Elder Scrolls, and Doom franchises be Xbox exclusive? That’s the question many fans have been asking, and Microsoft hasn’t provided particularly clear answers. Some upcoming Bethesda games, like Deathloop and Ghostwire: Tokyo, are actually coming to PS5 first, and in a recent statement Phil Spencer would only say that “some” future Bethesda games would be Xbox console exclusive.

Well, just minutes ago during a new Xbox-Bethesda “roundtable” livestream, Phil Spencer made Microsoft’s position on Bethesda exclusives much more clear. According to Spencer, Microsoft’s goal in purchasing Bethesda was indeed to create exclusives for Xbox and other platforms where “Game Pass exists.” Microsoft will honor certain agreements Bethesda made before they purchased them (such as the ones for Deathloop and Ghostwire PlayStation exclusivity) and will support games already on other platforms, but it sounds like that won’t be the norm long term…

I'm gonna try to be as clear as I can, because I just think it's fair. So obviously I can't sit here and say every Bethesda game is exclusive, because we know that's not true. There's contractual obligations that we're going to see through as we always do in every one of these instances. We have games that exist on other platforms, and we're going to go support those games on the platforms they're on. There's communities of players. We love those communities and we'll continue to invest in them. And even in the future, there might be things that have either contractual things or legacy on different platforms that we'll go do.

But if you're an Xbox customer, the thing I want you to know is this is about delivering great exclusive games for you that ship on platforms where Game Pass exists, and that's our goal. That's why we're doing this. That's the root of this partnership that we're building, and the creative capability we will be able to bring to market for our Xbox customers is going to be the best it's ever been after we're done here.

Of course, Spencer left himself a little wiggle room in his statement, but those holding out hope that, say, The Elder Scrolls VI or the next Fallout will be multiplatform may be in for a disappointment. Of course, Sony and Nintendo will still get the full slate of Bethesda games if they just say yes to Xbox Game Pass on their platforms. We shall see what happens.

What do you think about all this? How do you interpret Phil Spencer’s statement? Which future Bethesda games will be Microsoft exclusives, and which might be exceptions?