WikiLeaks today has published a database of 30,287 internal Sony documents including emails, internal presentation files, financial data, and something that might just be the next gen Xperia Z4! While WikiLeaks' wouldn't be interested in uncovering what the next gen Xperia is going to look like, tech enthusiasts never let go of a chance to unearth future devices. A new handle on Twitter @xperialeak has dug into that treasure trove and found out some early conceptual rendering of the Xperia device. Here are the details and images some of which coincide with yesterday's leak. 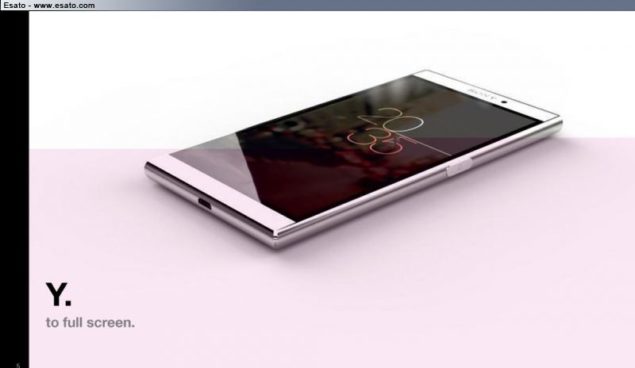 Yesterday, we shared with you a leak that claimed that Sony is going for a new, full-metal design for the Xperia Z4. While we had already heard about Sony considering new designing for the flagship, earlier rumors had considered that device to be the Xperia Z5, not the upcoming flagship.

Yesterday's leak also claimed that Sony will finally be integrating the fingerprint sensor in its upcoming flagship smartphone. However, the major attractive point was that the company intends to embed the touch sensor right on the power key.

Coming back to WikiLeaks Xperia Z4 details, we can see that the device sports a metal frame and has a metal back. Along with that, the power key too looks bigger than before and is re-designed - possibly to fit the fingerprint sensor? The WikiLeaks Xperia Z4 images also hint that Sony is considering a 2.5D iPhone 6 like glass for the display and a new "Mono / New UI" for the smartphone.

You can see that in these early renders, design words like seamless and solid are being used suggesting that we are definitely going to see a new design in the upcoming smartphone. However, that "upcoming" part cannot be confirmed as these renders could very well belong to the Xperia Z5 and not to this year's flagship. We will have to wait and see but a new design is definitely something strongly expected of Sony this year after so many variants flaunting the same design.

Sony is expected to launch the Xperia Z4 in September possible around the dates of IFA 2015.