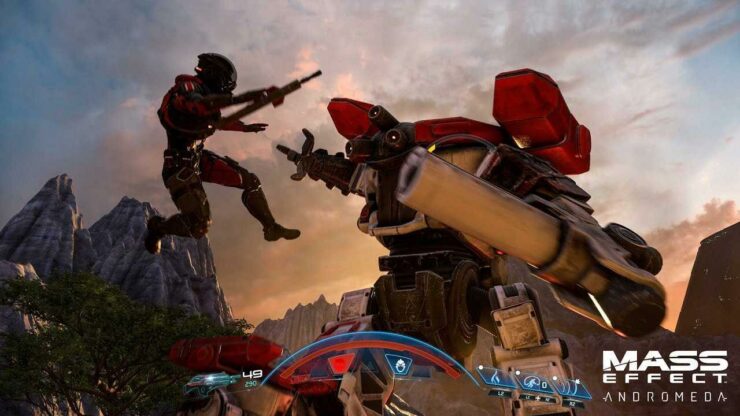 During this year's edition of The Game Awards, a beautiful Mass Effect Andromeda gameplay trailer has been shown, finally allowing fans of the series to see how the highly anticipated role-playing game will play. A few hours ago, Creative Director Mac Walters talked more about the trailer and what has been seen in it.

On his official Twitter profile, Mac Walters confirmed that the Mass Effect Andromeda gameplay trailer indeed showcased the real game, with footage having been captured from a real playthrough of the game.

That WAS the real game. That's all captured and cut together directly from a playthrough of the game. No tricks. Just gameplay. https://t.co/SzSzUCNCVX

Among the many features that have been shown in the trailer, there were also melee attacks, which seem like will play a big part in the Mass Effect Andromeda combat system. Mac Walters elaborated on these attacks, noting how they are standard attacks, but that can still be upgraded in ways yet to be detailed.

Only one melee attack??? I think I saw three ;). Also, standard. But upgradable. Stay tuned for details.

Mac Walters recently talked about the Training Hub Briefs videos, which allow players to learn more about the Mass Effect Andromeda's backstory without spoilers. Interestingly enough, he has confirmed that some of the locations in the videos are actual locations that will be included in the final game.

Some of the environments and locations are taken from the game.

Mass Effect Andromeda launches during Spring 2017 in all regions on PC, PlayStation 4 and Xbox One. A precise release date has yet to be confirmed, but we will let you know more about the matter as soon as possible so stay tuned to Wccftech for all the latest Mass Effect Andromeda news.