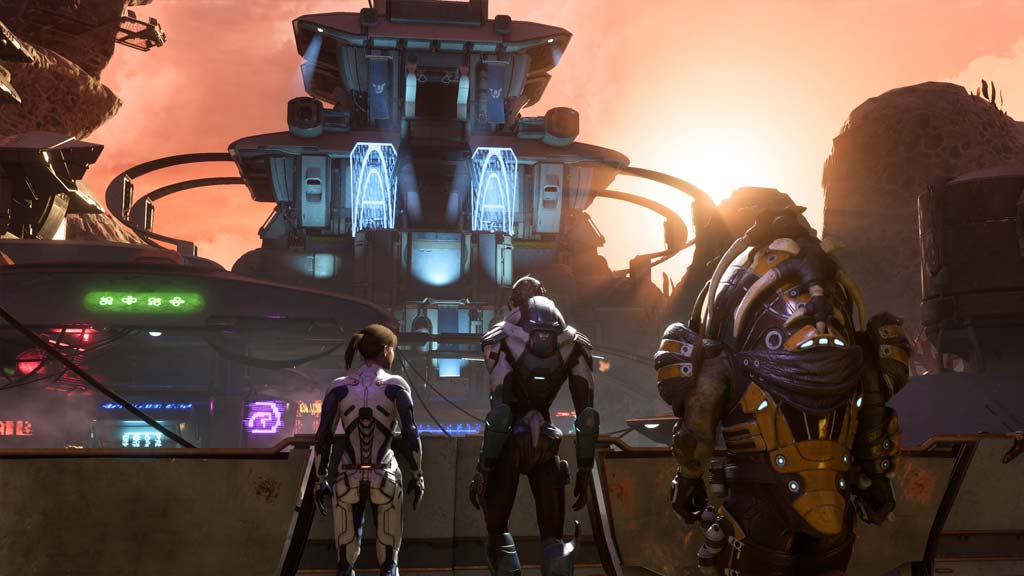 The gameplay trailer was released during The Game Awards 2016 event last night, presented by Geoff Keighley. Check it out below:

Mass Effect: Andromeda puts you in the role of the Pathfinder; an elite soldier, explorer and guide tasked with finding humanity a new home an uncharted galaxy. From arresting visuals and thrilling combat, to epic story and characters, Mass Effect: Andromeda is truly the next generation of Action/RPG gaming.

The new reveal kicks off with a view of the Galaxy Map, which will allow you to navigate from one system to another in the Tempest and scan planets for resources. You’ll encounter locations like the bustling outlaw home world of Kadara Port, a planet where battles between different factions are commonplace. The video highlights one of these such confrontations, in which a group of outlaws are entrenched in battle and the Pathfinder is presented with an opportunity to engage or ignore the skirmish entirely.

As the Pathfinder, you’ll be able to call down Forward Stations to change up your weapon loadouts, alter squad composition, fast-travel to other locations, and discover nearby resources and details about surrounding regions. You’ll chart courses to hazardous environments and fight hostile wildlife. You’ll traverse across dangerous worlds, using your scanner to discover clues about your mission locations.

The Mass Effect Andromeda 4K trailer also showed off some features unique to Andromeda’s Pathfinder. Mass Effect Andromeda will feature a deeply customizable character system, crafting, and a host of new weapons, powers, and gear. Additionally, players will develop lasting relationships with companions forged from a long and perilous journey through space.

Mass Effect Andromeda is scheduled for a release on PC, Xbox One and PlayStation 4 in Spring 2017. Recent rumors suggest that the next Mass Effect installment may be released on March 21, but this hasn’t been officially confirmed by EA or Bioware.