Android 6.0 Marshmallow is soon to adorn Android devices as we are hearing news about some popular smartphones going directly to Marshmallow, skipping Android 5.1.1 Lollipop in the process. While Android 5.1.1 Lollipop failed to receive good reviews from users mainly due to battery issues, Android 5.0 Lollipop has otherwise been a refreshing release bringing new user interface and Material Design to the mobile screens. We have already seen reports revealing 3x better battery life with Marshmallow as compared to Lollipop. But how does the operating system fare when it comes to speed? 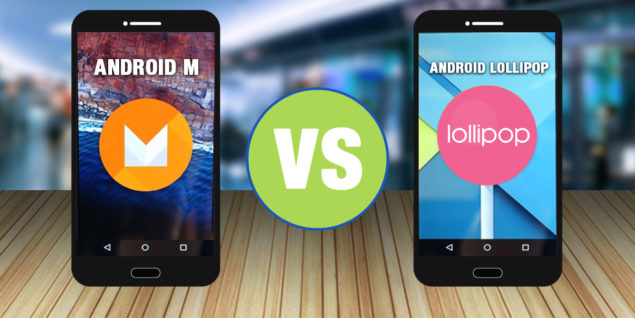 Which is faster: Marshmallow vs Lollipop

Android enthusiasts are waiting for Google to bring Marshmallow on their devices which is going to happen in October. We may still be a couple of months away from the release, a new video gives us a peek at the speed of the operating system when compared to Lollipop. Wondering which Android OS version won? You might be in for a surprise...

Whenever a new operating system version is released, the first comparisons are always made against its predecessor. This new test puts Nexus 6 running on Android Marshmallow and compares it against the boot up time of Lollipop on Samsung Galaxy S6 Edge. Nexus devices are of course always the first few to receive the Android updates, but Galaxy S6 Edge won't take too long to receive Android 6.0 Marshamallow as well. Following is the Marshmallow vs Lollipop boot up speed video putting Nexus 6 against Galaxy S6 edge.

As you can see, Samsung's Galaxy S6 edge with Lollipop 5.0.2 powering it is the first to boot up and that too with a solid margin. Before you feel disappointed with Marshmallow, do note that Nexus 6 is running Developer Preview 3 of the operating system. While a newer OS, final versions are always more speedy and improved than the DP releases. You may also account the TouchWiz in this game as it has usually been taken more as a bloatware, but here it does manage to beat Android 6.0 Marshmallow's developer preview, at least.

Reports claim that Samsung's Note 5 and Galaxy S6 Edge+ will be among the first few devices to get the update in 2016. Android Marshmallow brings app permissions, quick fingerprint access, auto backup of files, dedicated memory tracker, and some major improvements in the battery department with its app-shutting processes.

- Download All New Android 6.0 Marshmallow Wallpapers for Your Own Devices