Christmas has arrived early for the owners of Samsung Galaxy S6 and S6 Edge as Marshmallow starts draping these devices in the UK. Users have long yearned for the Android 6.0 Marshmallow update for their Galaxy S6 duo and seems like it's on its way. Samsung started accepting testers for the new software, and now the owners of these two devices are getting the new beta firmware. That is, only those who opted for the program. 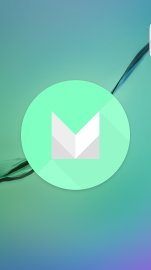 The Android 6.0 Marshmallow beta update for the latest Galaxy S6 duo brings all the new features with the inevitable TouchWiz skinned upon it. As you can spot in the screenshots shared below, TouchWiz looks further clean now with this latest release. Previous reports had claimed that Samsung is aiming to have a skin design that looks more inspired from the Material Design ideology that Google has been incorporating since the release of Android Lollipop. Following are the new features, followed by screenshots of Android 6.0 Marshmallow on Samsung Galaxy S6 and Galaxy S6 Edge (thanks to Sammobile).

While some are liking the new interface, others are hating the animations. Let us know what you think of Android 6.0 Marshmallow on Samsung Galaxy S6 and S6 Edge.