Here's a thorough visual comparison of Apple's iOS 9 versus Google's Android 6.0 Marshmallow. In this post, we will compare the visual elements of one OS with the corresponding ones on the other. 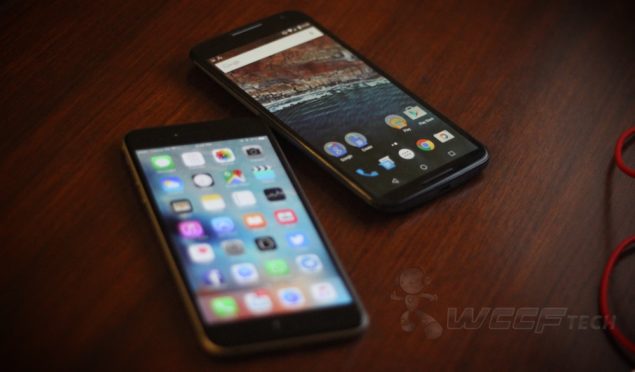 With the release of iOS 9, Apple built a brand new mobile OS on top of the solid foundations of the former one, iOS 8, while also throwing in a bunch of great features for users to crave on. And with Android 6.0 Marshmallow, currently available as a developer preview, Google pulled off the same thing as Apple, but was a little shy when it came to adding new features into the mix.

But today we won't be talking about features. We are going to take a look at the visual elements of both the OSes - iOS 9 and Android 6.0 Marshmallow. From the home screen, all the way to other key details, we are going to compare each and every single thing we can stumble across Apple's and Google's offerings.

All set? Let's dive right into it!

In terms of design, both the operating systems are miles apart from each other in a lot of ways, but when it comes to the general aesthetics, both carry a 'flat' look. While Material Design on Android 6.0 Marshmallow is an eye-candy in a lot of places, especially when it comes to system animations, but at times things can get way too overwhelming and you'd wish they were a little stale in some places. But still, that's our opinion and we're certain many would go against it, so we would leave it at that.

iOS 9 on the other hand, follows a very strict design pattern no matter where you go on a stock level. For instance, whether you're in Messages, Settings or selecting a WiFi network, you'll come face to face with the same UI elements painted in white. Those whites can be an eyesore especially if you tend to use your device in a very dimly lit room. But on the other hand, it does increase readability in broad daylight.

The system font in both the operating systems play a great role in the overall user experience as well, and before we get too carried away, check out the screenshots below and see for yourself how iOS 9 and Android 6.0 Marshmallow compare with each other.

After seeing the screenshots above, which OS looks more appealing in your honest opinion? Be sure to let us know in the comments section below.