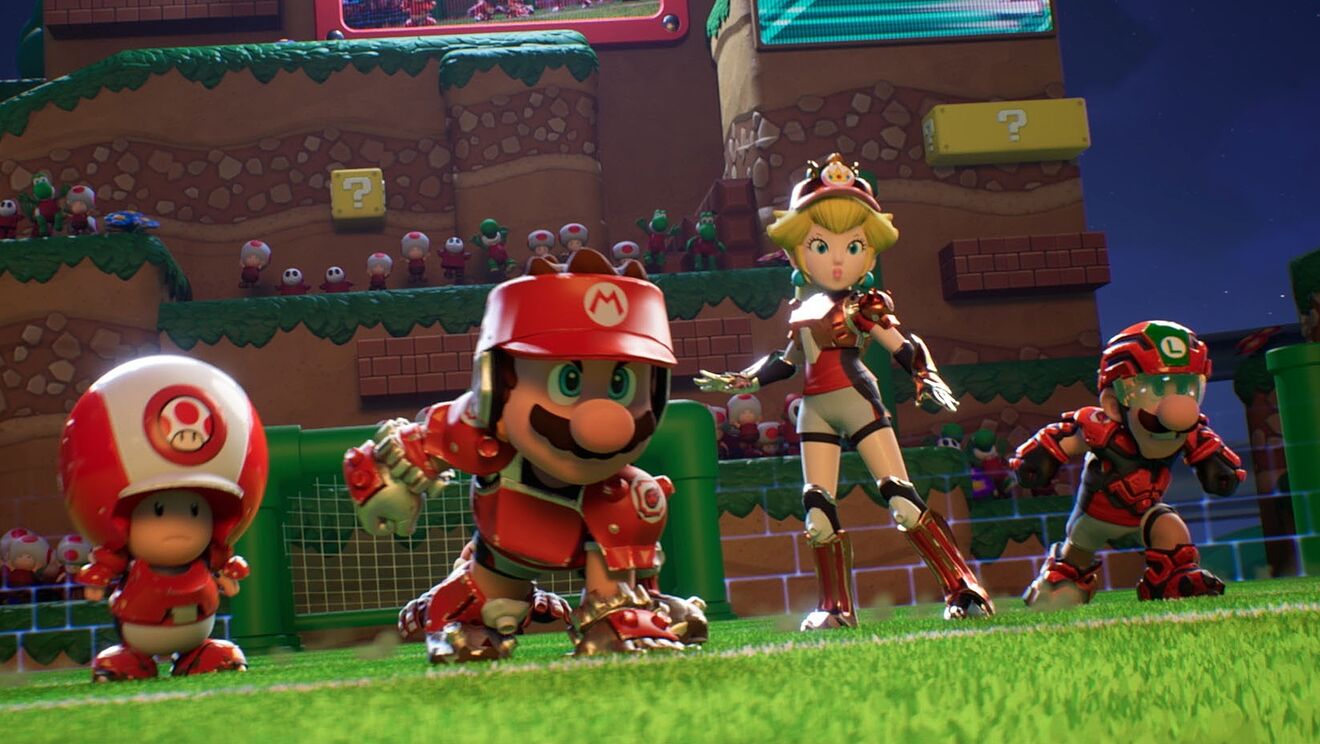 Super Mario Strikers recently woke from a long-dormant period of time, skipping an entire console generation after its last entry, Mario Strikers Charged, released in 2007. Mario Strikers: Battle League is that game and was recently announced earlier this year, and you’ll be able to try it out for yourself sooner than you’d think.

How? Through the power of game demos, that’s how. There’s a bunch of information regarding the Mario Strikers: Battle League demo, such as the fact that you can download it today. Titled the “First Kick” demo, the demo will take you through the game’s tutorial, explaining how the mechanics and other parts of the game work.

It should be noted that for the next part of this update, the Nintendo Switch Online membership will be required. Why? in early June, players will be able to take the Mario Strikers: Battle League demo online and play against others. Nintendo’s even provided a schedule for this, too. The six multiplayer time slots are as follows:

While these periods are active, two Online modes will be available; Versus Everyone or Join Friends, which is about as clear cut as you can get; you’ll be able to play the game online against the entire world, or if you prefer playing against just your friends, you can do that, too. However, the tutorial section of the demo is still freely accessible up to this point.