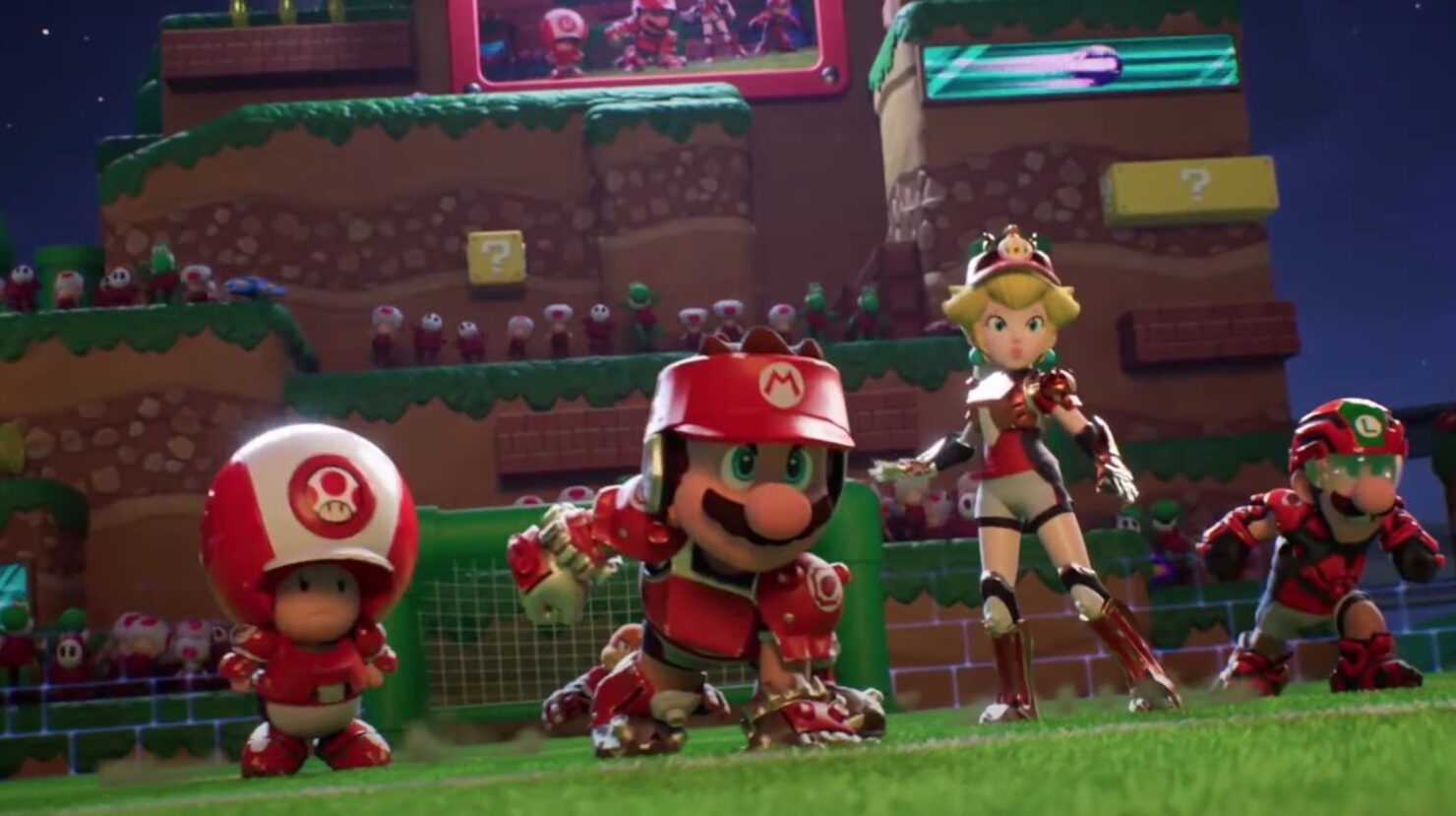 A new entry in the Mario Strikers series has been announced by Nintendo in today's Nintendo Direct. This new entry in the series that makes soccer a contact sport will increase the size of the teams and bring a bunch of new mechanics to the mix. The game is called Mario Strikers: Battle League and it's going to release on Nintendo Switch consoles come June 10.

Mario Strikers brings back the rough sport known as Strike. Now, players will have to face off in a soccer-like sport with 5 players on each side of the (battle) field. In this game, you can tackle, use items and activate special shots. The only rule in this game of soccer is that you win no matter what it takes.

Up to 8 different players (4 players on each team) can play together on the same console locally. However, if you are one of those lone players looking for a challenge, Mario Strikers: Battle League will feature an online mode with a Ranked system. In addition, the game will introduce a Gear System that can alter the stats of your characters depending on the equipment you use.

You can watch a video explaining the mechanics of the upcoming Mario Strikers game below: