Mantle API was the pioneering low level API that jump started the entire graphics industry to focus on optimization of the software side as opposed to just increasing brute force. It is a landmark time, when AMD has finally halted external development (via PC Gamer) and game support of the Mantle API for all existing and future Graphic Cards. Introduced in 2013, with just a few titles under its belt but its legacy in all modern Low Level APIs, this is the end of the line for Mantle. 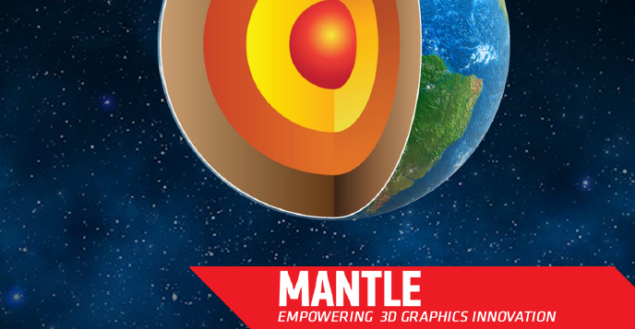 For those few that argue that Mantle API has failed, I would like to dedicate this para to them. Before we go on to mull over what "end of development" means for a home grown API, we have to first ask what was the point of Mantle API. The point, was simple. It offered developers a way to avoid the bloated overhead present in the old DirectX and offer cutting edge to the metal access to the hardware. It was revolutionary and brought double digit performance boosts to gaming systems with nothing but a soft upgrade - something previously unheard off.

What happens afterwords is something that should have been fairly obvious. Sony and Microsoft started to grow hostile towards the company. Microsoft was annoyed because it was a direct competitor (one that could actually succeed in the mainstream PC market) to Direct3D; not to mention the fact that Advanced Micro Devices was part of the consortium behind DirectX. Sony's wrath isn't that obvious. One of the biggest advantages consoles enjoyed over the PC world was the fact that every console has an RTOS (Real Time Operating System), which provides 100% low level access to the hardware used. So even if it was powered by significantly lower powered hardware than the average PC build, it still had an advantage. With Mantle API, Sony stood to loose just that and with Steamboxes making an entry, this could have been a turning point.

However, the development of Mantle API has drawn to its conclusion, but did it fail? If someone actually believes that I would like to point out the DirectX 12 standard, which has code identical to Mantle and the Vulcan API, which is basically an opensource rebadge of Mantle itself. Mantle, lives on, the only thing that has changed is that the sheer redundancy that was offered by both Mantle API (an intentionally or unintentionally vendor exclusive API) and DirectX 12 has been eliminated. Also, the fact that the DirectX standard is a much more resourceful consortium which AMD cannot really hope to compete with on its own is another reason. Then there is the fact that since AMD is part of said consortium, there isn't any real need for AMD to do so anyways.

Mantle has already succeeded in doing what it was brought into this world for, so the only question that remains is what will happen to previous Mantle titles? Well, while AMD wont actually actively cull support in future graphic cards and products, they wont actively work on the drivers as well. Ananadtech reports that Mantle support for GCN 1.2 graphic cards such as the Radeon R9 Fury X and non Fury, R9 285 and even the Carrizo APU is marginal at best. While previously optimized GPUs will retain the point of optimization (of titles) that they were left at.