Alright, finally some really good news. AMD has just dropped a massive hint on their Blog here, which implies that AMD will start working on Linux or has started working on Linux. This is a very big development because just 3 months ago, not a single line of Mantle-Linux existed. I don't want to go on a rant here but this is the way forward for Mantle API since it will soon face heavy competition on the Windows Side from DirectX 12. 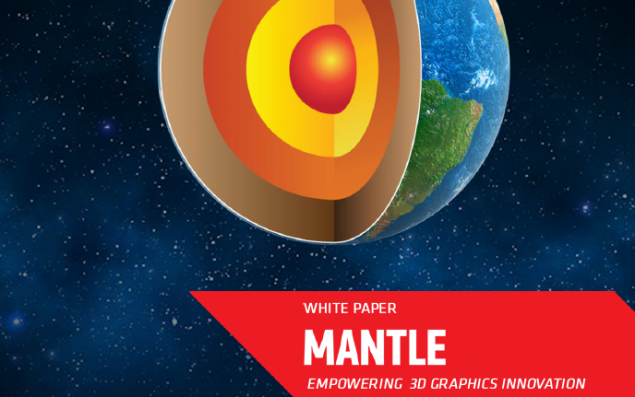 Just wait a second and think, Mantle API + Steam OS, both complimentary to each other and when combined a potential game changer. Steam machines are nothing more than a glorified PC in a fancy packaging running a linux distro (SteamOS). But if Mantle API actually comes to Linux then they could get just the right kind of edge to penetrate the console market. Anyways, here is the actual bombshell taken from AMD's Blog:

On March 20 Microsoft announced DirectX® 12, the next major evolution of its own game API. This is terrific news because it really draws attention to the value of low-level programming and Mantle’s leading contribution. With DirectX 12 games still over 18 months away and no alternatives in sight for Linux gamers, Mantle’s future looks bright.

Ofcourse they don't explicitly mention SteamOS but rest assured, if Mantle API comes on Linux, it will land on Steam OS as well. Linux at the moment is not really a Gaming Platform, sure it has all the basic supports but devs usually skip it. Mantle will change all that and potentially convert Linux into a full fledged gaming platform, albeit dominated by Radeons. Untill this recent development, SteamOS did not have an actual low level API. OpenGL can support low level drawcalls but the problem is not many developers are wiling to work on OpenGL. Mantle API however makes so much sense its ridiculous. Since Mantle API can be ported to DX12 easily and it would exist on Linux as well, this would become a developers choice API on Windows (and Linux) till DX12 lands (and maybe even after).