Given the highly active nature of the rumor mill, we've been kept highly informed about the expected specifications of the Samsung Galaxy S7. The device(s) are expected to come with Qualcomm's Snapdragon 820 and Samsung's Exynos 8890, two chipsets that should set the pace for the mobile hardware industry as well. So needless to say, things are gearing up nicely for those interested in all things smartphone. Today we've managed to get our hands on some images of the device, which marks a nice change of things. 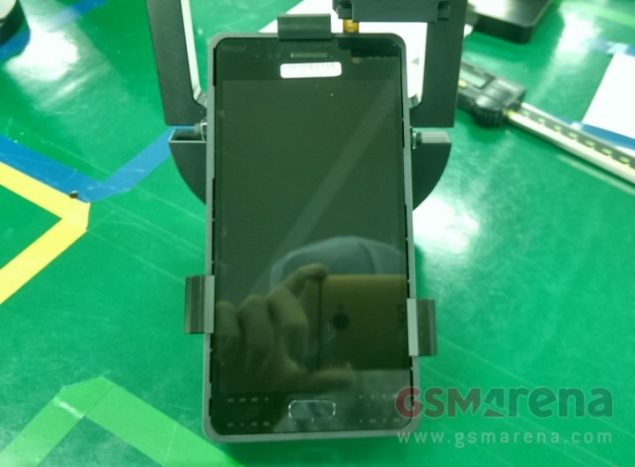 Given the overall lull in the rumor mill with regards to visual details, its a nice change of things to be able to speculate on the design details of the upcoming smartphone from Samsung. Design details are what's been setting the pace in the smartphone world over recent times and companies have been forced to take a separate approach to overall device aesthetics.

Samsung showed a mature design approach with the launch of the Galaxy S6 and the Galaxy S6 Edge last year; drawing criticism from a segment of long time customers in the process. Today's images however show little details for the upcoming Galaxy S7's design as the module in question is disguised quite heavily. It's said to be a developer edition (thus all the coverings) but the overall composition of the front and the frame does suggest a different approach from its predecessor. 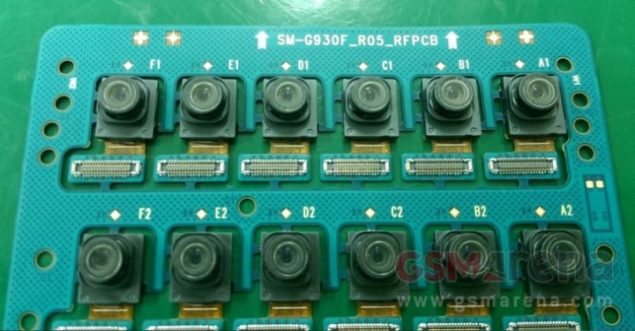 Apart from the Galaxy S7 in its alleged full form, we've also been treated to some camera lens units claimed to be straight off the manufacturing line. While details of the plant in question remain unknown, the device number at the top of the plate does match what we already know about it. SM-G903F has been mentioned before as well so things can be assumed to be moving nicely over at Samsung.

As far as the official launch of the Galaxy S7 goes, we've got less than a month until the device should be expected. Samsung's expected to follow past traditions and launch its flagship smartphones at the sidelines of the Mobile World Congress in Barcelona. Other manufacturers are expected to follow suit throughout the year as we once again settle in for this year's flagship launch schedule. Thoughts? Let us know what you think in the comments section below and stay tuned for the latest.