TL;DR - try not to damage your Galaxy S7 or you'll be in for some massive expenses.

Samsung's latest Galaxy S7 has scored 3/10 in the repairability scale, continuing the trend of Samsung smartphones being difficult to fix. The worst thing? It would be "probably impossible" to replace a damaged display. 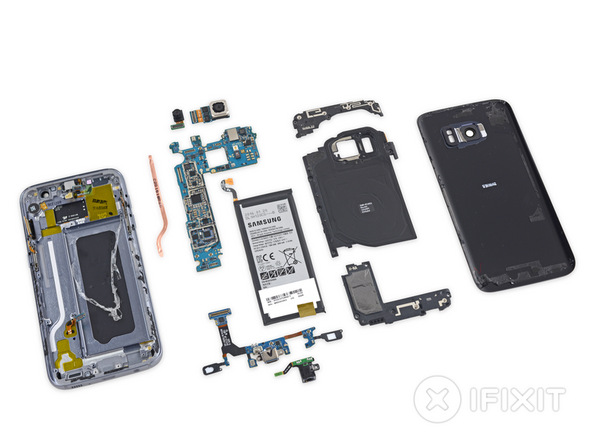 The folks at iFixit have shared Samsung Galaxy S7 teardown, revealing that the glue still lives happily inside the flagship smartphone of Samsung. With glass-on-glue construction and no exterior screws, the only thing holding the smartphone together is glue - making it extremely difficult to get into the device and then replace a component without damaging others.

It's not all bad and gloomy though, as there are some modular components that can be replaced independently.  Antenna, speaker and wireless charging coil are all modular and connected to the "motherboard by way of tiny spring contacts, making removal and replacement a snap." BUT, even to get to these easy-to-replace components, you will have to go past the thick adhesive and glass securing the smartphone. The other important component, battery, also seems difficult to be removed, adhered in place with glue, making the demolishers believe that "it wasn't intended to be repaired or replaced." Meh times 2?

Coming to another modular component, the headphone jack, Galaxy S7 teardown confirms the IP68 water resistance as the jack is secured by a rubber seal. These seals were also found securing the microphone and speaker. While Samsung may have employed "Sport standard" water resistance in its latest handset, repair-and-replace wasn't considered when fitting the microphone or the USB port. 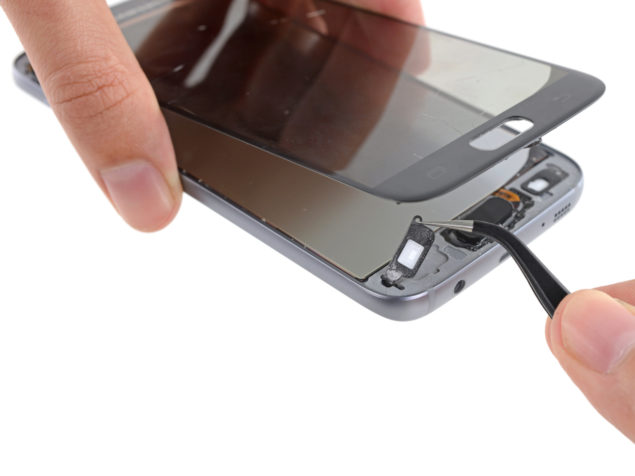 According to the teardown, the cables of Galaxy S7's soft buttons are wrapped around the display's back frame, making replacement of the charging port, digitizer, USB port, microphone, soft button LEDs, and the display itself "next to impossible." Replacing one faulty component can potentially lead to damaging and thus replacing the display too. When you need to replace the cracked glass, again, you will possibly destroy the display in the process too.

iFixit also talks about the liquid cooling system employed in the S7, which is a tiny heat pipe less than half a millimeter thick. The pipe "transfers heat to the phone's metal midframe, where it can then radiate out to the side—or directly into your hands," reveals iFixit.

The brand new Samsung Galaxy S7 managed to receive a 3 out of 10 on the repairability scale, where 10 is easiest to repair. For those of you wondering, this is worse than Samsung Galaxy S6's score of 4/10 confirming the phone maker's lack of focus on producing repairable devices.