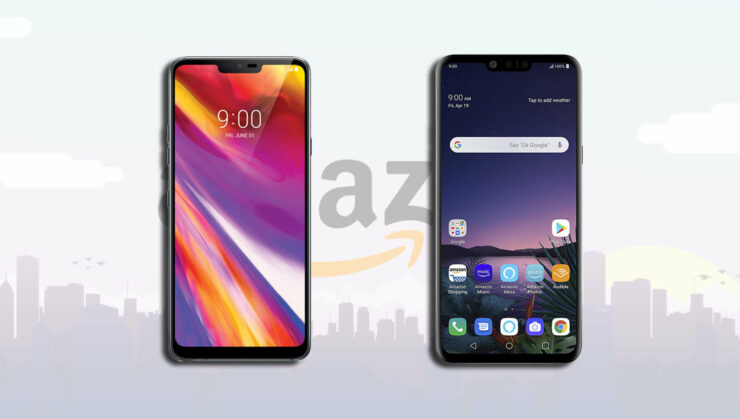 The Amazon Prime Day 2019 is in full swing right now and in case you are looking for a phone, you might consider the LG G8 ThinQ, which is totally a catch right now, given that $350 has been shaved off its list price. That’s right, for just $499.99 you can walk away with a 2019 flagship.

The LG G8 ThinQ received rave reviews from most media outlets, but the only thing that wasn’t working for it was its list price of $850. However, now that you can get it for just $500 on Amazon, you might not want to miss the deal. The phone has the Snapdragon 855 SoC under the hood, flanked by 6GB of RAM and 128GB of internal memory. The G8 runs Android 9 Pie and it has a dual camera system on the back. It is available in the color Aurora Black on Amazon.

The phone sports a 6.1-inch QHD+ OLED FullVision display and also boasts of impressive audio playback. It packs in a 3500mAh and fast charging is also supported. Unlike other recent flagships, this one also has the 3.5mm headphone jack. In short, you get just about everything you would expect from a premium phone and that too at an affordable price. So, head on over to Amazon right now before the stock runs out.

Just in case you wanted to save a little more money, the G7 ThinQ is up for grabs at B&H and costs only $390. It doesn’t sport the same firepower as its successors but for a 2018 flagship that’s less than $400, you can’t really complain, can you?