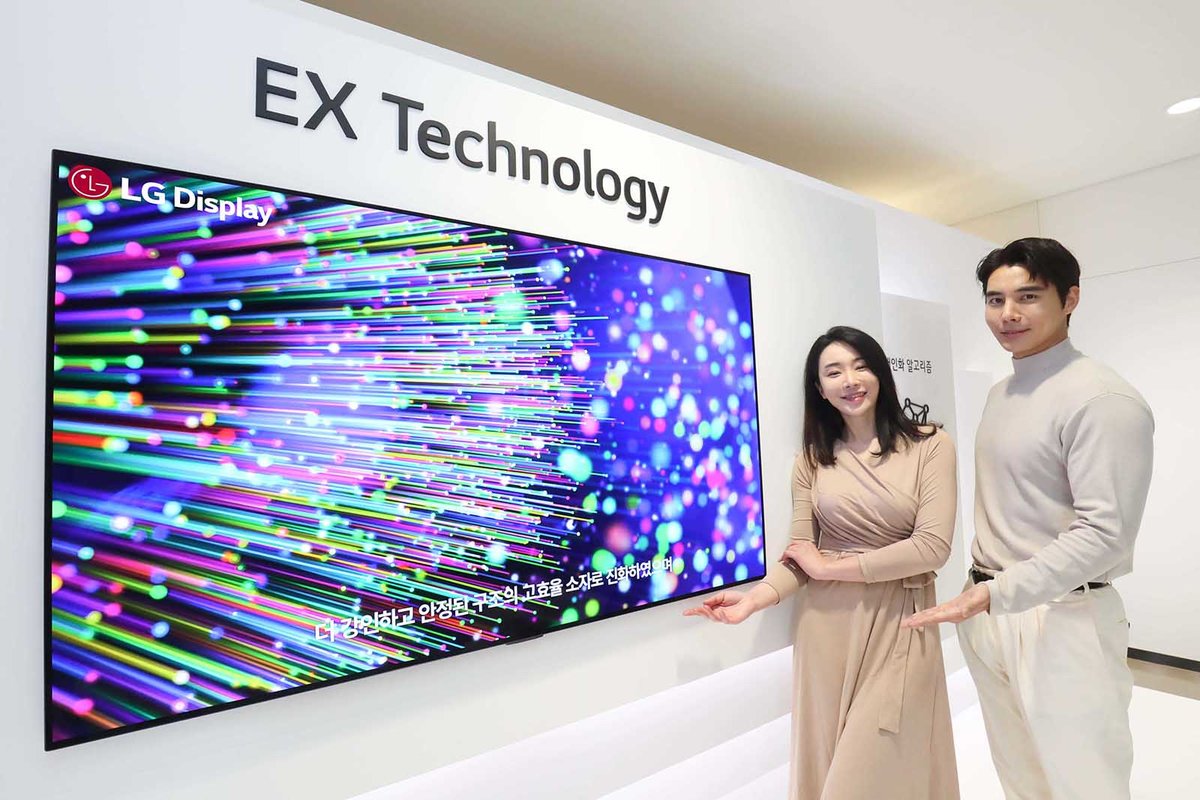 A couple of days back, we reported that LG announced its new OLEX EX technology, which aimed to improve brightness by as much as 30 percent compared to current OLED provided by the Korean giant’s competitors. An increase in overall brightness could allow OLEX EX to be directly comparable to mini-LED, which can hit 2000 nits of brightness and higher. More importantly, it can overcome one limitation that may entice the likes of Apple to use it in future products. Let us discuss.

OLED EX May Also Eliminate the Blooming Effect Caused Through the Use of mini-LED on the 12.9-inch M1 iPad Pro

LG stated that OLED EX’s 30 percent brightness increase is due to the use of deuterium compounds to allow the light-emitting diodes to emit stronger light. Unlike mini-LED, any product that takes advantage of OLEX EX will not suffer from the blooming effect, which can be noticed on Apple’s 12.9-inch M1 iPad Pro. Later, a display analyst Ross Young commented that the reason this blooming effect shows up on Apple’s flagship tablet is due to the lack of dimming zones, and if OLED was used in its place, this small but noticeable issue would not materialize.

OLEX EX may not exceed mini-LED in terms of overall brightness, but it can surpass regular OLED’s levels, which might contemplate Apple to check out the technology in more depth, as the latter has been reported on multiple occasions to switch to OLED from mini-LED for various products. OLED technology is also cheaper than mini-LED, which will be a plus for Apple, though it is unlikely that the California-based will pass those cost savings to customers.

As for the transition from mini-LED to OLED, the iPad Pro range is expected to be the recipient, though it may arrive in 2023 and be an LTPO variant, granting the tablet the ability to dynamically switch its refresh rate to conserve battery life. Apple is also said to be planning an OLED MacBook release, but it is said to materialize in 2025, and even then, there are chances the entire product is scrapped due to production and cost issues.

Do you think Apple should take a closer look at LG’s OLED EX for future products? Tell us down in the comments.