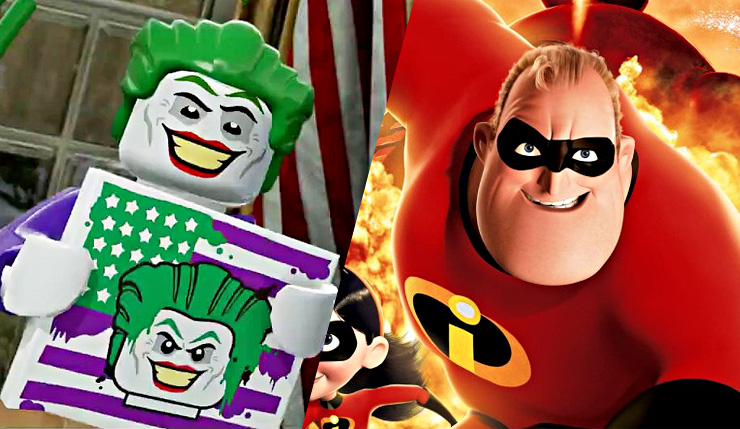 Nothing can slow down Warner Bros. Interactive and TT Games’ kid-friendly Lego franchise. Every year we see a guaranteed two or three new licensed Lego games hit shelves, and now we might know what’s on the docket for 2018.

Industry insider Liam Robertson has reported through WWG that Lego Incredibles 2 and Lego DC Villains are the next blocky adventures on the horizon. Robertson researches unreleased games for Unseen64 and has delivered accurate tips about games like Mario + Rabbids Kingdom Battle in the past, but, as always with rumors, take this information with a healthy dash of salt.

According to Robertson, Lego Incredibles 2 will be a fairly standard tie-in, set to release around the same time Incredibles 2 hits theaters on June 15. TT Games has done a number of straightforward tie-ins based on The Lego Movie, Star Wars: The Force Awakens, Lego Jurassic World, and other big movies in recent years, but this would be the first time they’ll have tackled a Pixar film.

As for Lego DC Villains, it’s likely to have an original story, in line with TT Games’ Lego Batman trilogy. Expect baddies like Joker, Harley Quinn, Lex Luthor, and, of course, a whole lot of obscure oddities, to take center stage. Lego DC Villains is reportedly coming sometime within the next year.

Incredibles 2 and DC Villains are hardly shocking picks for new Lego games. TT Games has covered similar subject matter many times before. It will be interesting to see if Lego Incredibles 2 or Lego DC Villains add anything new to the established formula. TT Games hasn’t done a DC Comics game since 2014’s Lego Batman 3: Beyond Gotham, so maybe they’ve been cooking up something fresh.

What do you think? Do you buy the rumors? Are you excited to hunt for studs yet again in Lego Incredibles 2 and Lego DC Villains?