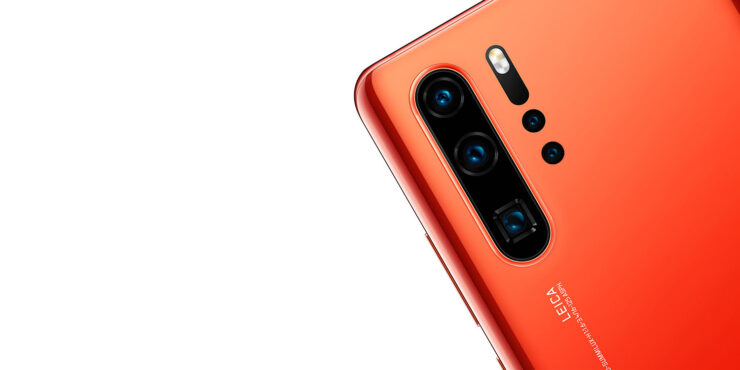 Huawei's upcoming P40 series flagship has mostly flown under the radar. It is expected to launch a month after the highly-anticipated Samsung Galaxy S20 series. A few leaks appear every now and then, telling us tidbits about the device. Today, some fresh renders of the Huawei P40 have emerged online courtesy of 91Mobiles. Let's take a look at what it reveals. 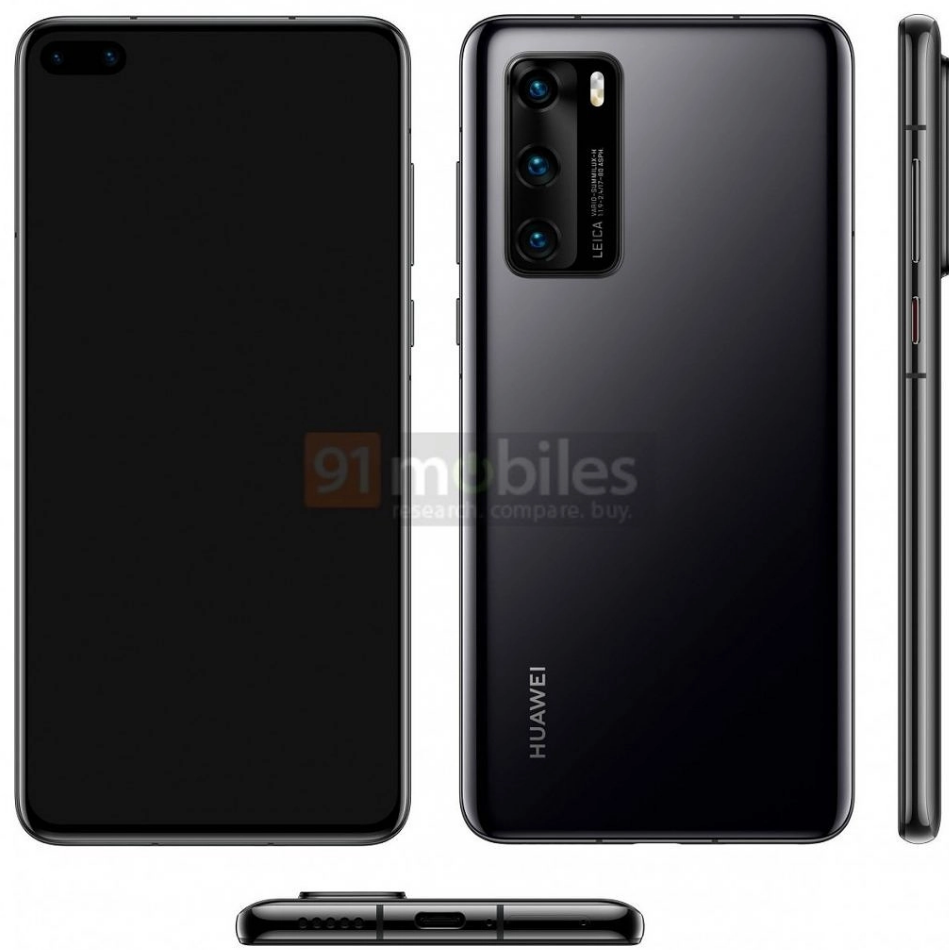 Contrary to an earlier leak that said the P40 series would come with five rear camera sensors, this leak shows us that there will only be three. Perhaps, that will be reserved only for the P40 Pro. They bear the Leica branding, something that has been standard in several Huawei / Honor devices. The camera's specifics are shrouded in mystery, but they'll definitely be on par with that of the Pro variant. We can expect to see at least one or more of the following lenses: 64MP Sony IMX686 primary sensor, 20MP ultra-angle-wide lens or 12MP periscope telephoto lens.

There also appears to be a pair of front-facing cameras tucked away at the top left corner. It is a rather interesting design choice, as the industry goto for such situations is to notch the display. The absence of a capacitive fingerprint scanner indicates that Huawei will use an under-screen solution. Looking at the massive camera bump at the rear, it would be unwise to use the Huawei P40 without a case.

Everything else about the Huawei P40 seems fairly run-of-the-mill. There is a USB Type-C port at the bottom, alongside the speakers. There's no headphone jack either, but that's a lost cause at this point. The standard P40 looks a lot less pompous than the P40 Pro and will lack some its fancier features such as high-refresh-rate display. On the software side of things, the Huawei P40 will run a heavily skinned version of Android 10 out of the box. It won't come with Google Play Services either.