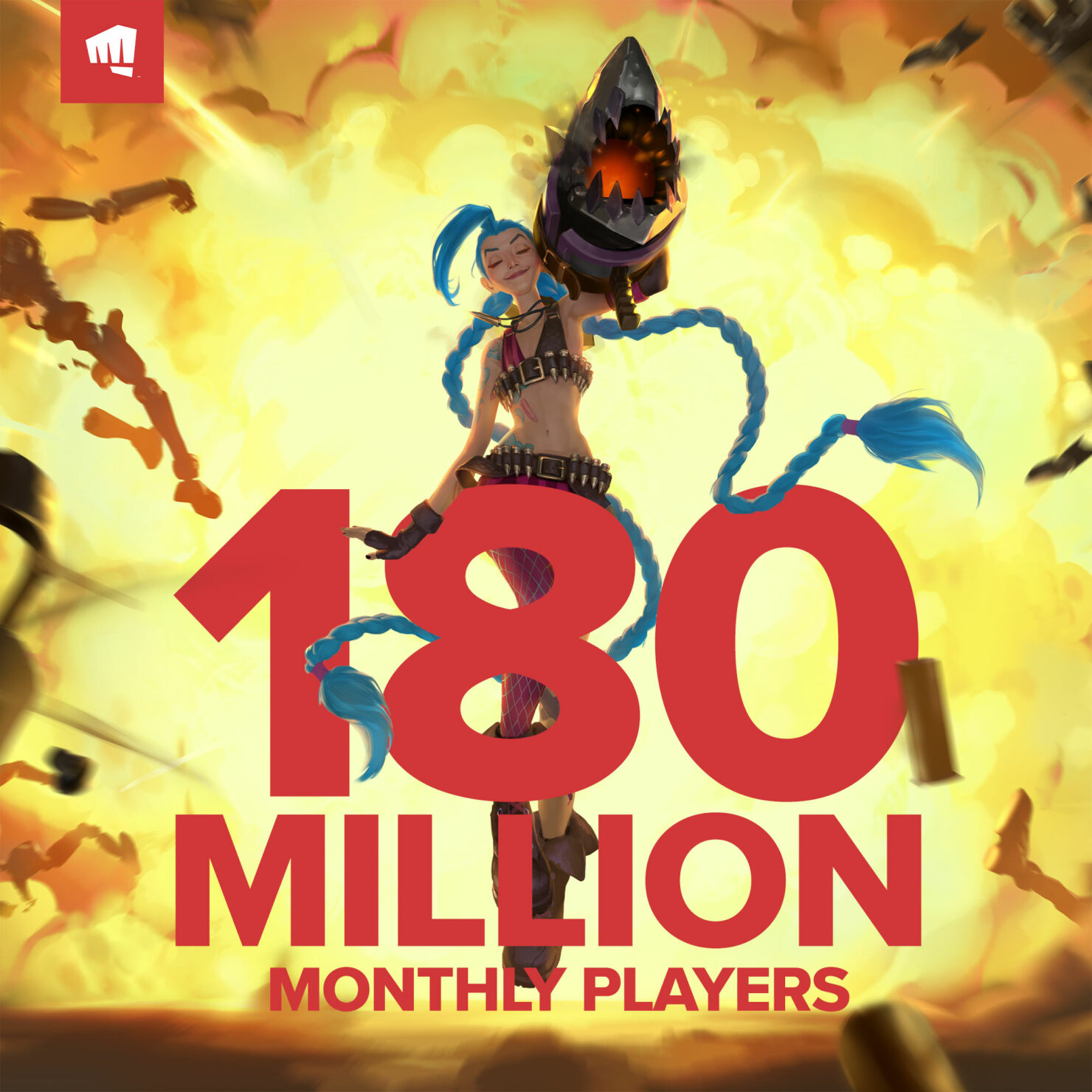 Riot Games proudly announced on Twitter that over the course of October 2021, the studio's League of Legends games have cumulatively registered 180 million players.

Thank you to our global community for helping Runeterra reach new heights! 180 million players in October and still growing! pic.twitter.com/7w9goYBeBM

PC Gamer reached out to Riot to get a more detailed explanation of what was actually included in this metric.

Monthly active users ('MAUs') are defined as the number of players who accessed a game, and in this case, the calendar month of October. A player who accesses two of our games would be counted as two users.

Valorant players aren't included here, then, which makes sense as that game isn't set in the universe of Runeterra.

It's undoubtedly a colossal figure, one that any game developer would be hard-pressed to even try to match. It's also a great potential fanbase for Riot's upcoming League of Legends MMO, which the studio confirmed to be in development about ten months ago.

That's just the tip of the iceberg when it comes to what's next for the IP, anyway. Story-driven, turn based RPG Ruined King: A League of Legends Story is due later this year from Airship Syndicate, while Conv/rgence: A League of Legends Story is an action platformer game developed by Double Stallion Games where players will explore the world of Zaun as Ekko, a young inventor with an ingenious device to manipulate time.

Additionally, the highly anticipated Arcane: League of Legends animated TV series will air on Netflix later this week, on November 6th. It'll be focused on Vi (voiced by Hailee Steinfeld) and Jinx (voiced by Ella Purnell), two of the most beloved Champions in Riot's exceedingly popular Multiplayer Online Battle Arena game. The nine episodes will be released over the course of three weeks.