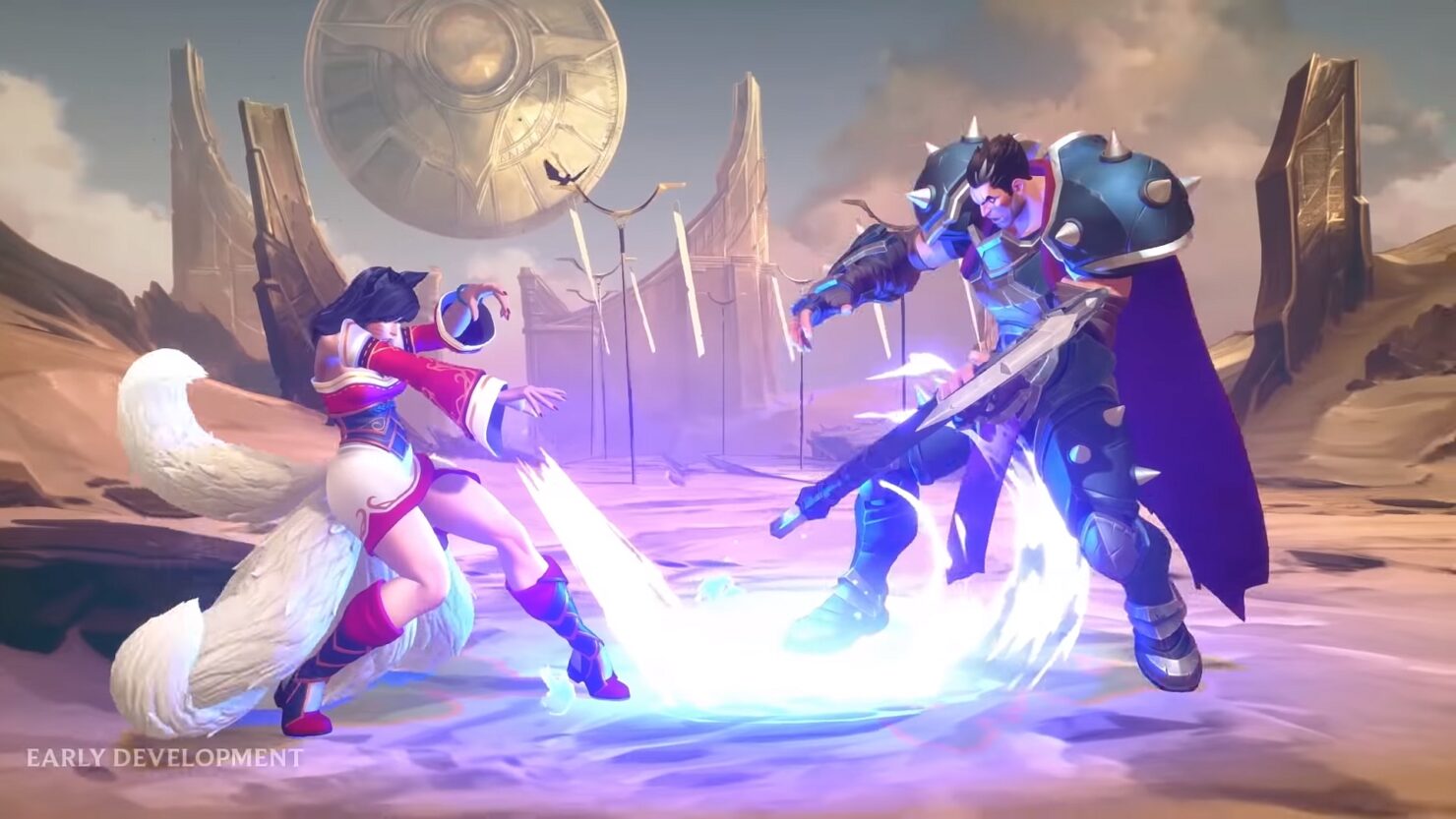 League of Legends is coming to mobile and consoles, sure, but there's far more. For a long time, they were simply known as the League of Legends studio, but it looks like that won't be the case for much longer.

For instance, the developers unveiled Project A, a character-based competitive tactical first-person shooter that does not seem to be set in the world of League of Legends.

Project A is a precise, competitive FPS in which unique character abilities create opportunities for your gunplay to shine.

Another project which we already knew about is the 2D fighting game, currently codenamed Project F. Made by former Radiant Entertainment developers (the Cannon brothers), this one takes place in the League of Legends universe and will let you control your favorite heroes in a brand new way.

Additionally, something called Project L was briefly showcased as well. The only tidbit shared by the developers is that the project 'explores the possibilities of traversing the world of Runeterra with your friends'. From the looks of it, it could be a Diablo-like action RPG/dungeon crawler.

But wait, there's more from Riot Games. The studio is attempting to get into the increasingly crowded digital card game market with Legends of Runeterra. You can already register your interest on the official website.

What is Legends of Runeterra?

Set in the world of League of Legends, Legends of Runeterra is the strategy card game where skill, creativity, and cleverness determine your success.

But that’s just the beginning—check out this video for an in-depth look.

What platforms is LoR available for? Is it cross-platform?

LoR is being developed for both PC and mobile (coming at launch), and will be playable cross-platform.

You can pre-register right now for a chance to play on PC during a special preview patch and during the closed beta in early 2020. The Announce Preview Patch will be open from October 15 (7 PM PT) to October 20 (7 PM PT), and will be followed by another preview patch in November.

You can also watch LoR live on YouTube and Twitch for a chance to get instant access.

When will LoR release?

You can pre-register right now for a chance to play on PC during a special preview patch and during the closed beta in early 2020. The full launch, including mobile, will be sometime in 2020—as soon as we’ve landed on an exact date, we’ll let you know.