Naturally, before the unveiling on what happens to be one of most highly anticipated smartphones of 2015, iPhone 6s will have a plethora of rumors surrounding it, including one in which both iPhone 6s and iPhone 6s will feature a superior 12 MP rear shooter. Now, according to an updated report from Techmaniacs, iPhone 6s is expected to be unveiled on September 8. Earlier, it was reported that the release date of the smartphone was going to September 25, but individuals who are close to the source of information have stated that the 4.7 inch handset is going to be released much earlier than before. 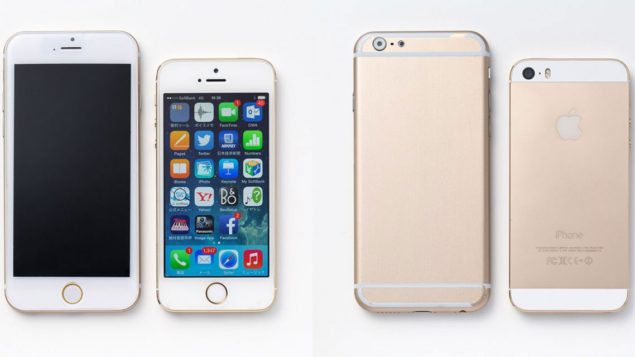 Apple intends to raise the bar with its upcoming flagship mobile products. That being said, iPhone 6s Plus is expected to render a 2K resolution on its 5.5 inch frame, while iPhone 6s is expected to resonate a 1080p display on its 4.7 inch screen size. Earlier, it was reported that Apple invested a sum of $1.7 billion USD in JDI, which is the largest manufacturer of smartphone displays.

With a ridiculous sum injected in the display manufacturing firm, you can swear to your guts that the iPhone 6s is going to be incorporated with a mesmerizing resolution, otherwise the Cupertino tech giant can pray that JDI follows a ‘money back guarantee’ approach if the client is not stratified with its orders. While Apple is yet to confirm this information, it is possible that WWDC 2015, which is the company’s annual developer’s conference, will provide useful insights on what to expect from iPhone 6s.

While we do know that iOS 9 will bring improvements to both the interface and performance side of things, imagine our excitement when we are given a little sneak preview on what specifications Apple’s iPhone 6s is going to feature.

Apple’s WWDC 2015 event is going to kick off on June 8, which is going to showcase the upcoming mobile operating system update, iOS 9. From the information gathered, both iPhone 6s and iPhone 6s Plus are going to feature Apple’s A9 SoC, which is currently being manufactured on Samsung’s 14 nm FinFET process. Additionally, both handsets will also possess 2 GB of LPDDR4 type memory for improved speeds.

While those are impressive configurations, the biggest improvement that Apple can bring forth is cutting out 16 GB smartphone models from its baseline products. Instead, all upcoming iPhones and iPads are expected to feature 32 GB of on-board memory for the base models, which should be sufficient when future iOS 9 updates are rolled out.

As for the release date, September 8 is going to be that particular day when all Apple’s loyalists are going to be suffering from goosebumps. Unfortunately, the date has to be treated as a rumor and therefore, out excitement might end in bitter disappointment should be continue to hope for an early iPhone 6s release.

Let us hope the WWDC 2015 provides some confirmation of this rumor. Like always, we’ll keep you updated.