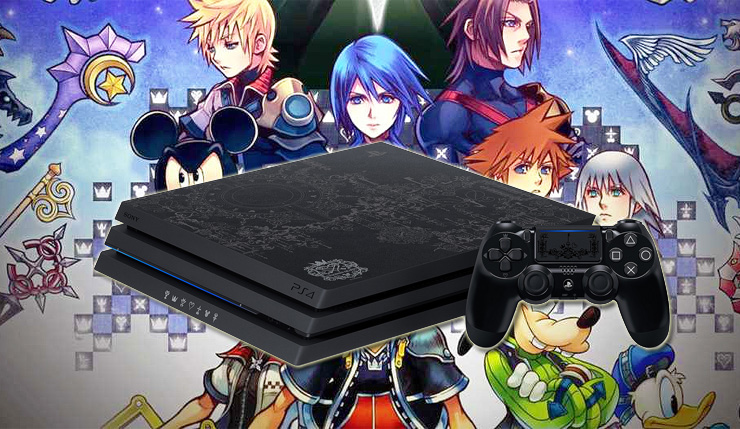 Want to play Kingdom Hearts III in style when the game finally launches this coming January? Well, Sony has just announced a sexy limited-edition Kingdom Hearts III PS4 Pro will be available alongside the game. The bundle will include a 1TB PS4 Pro and Dualshock 4 adorned with a rather elaborate Kingdom Hearts design, and a physical copy of Kingdom Hearts III. Check out some shots of the KHIII bundle below (click on images for full resolution).

A bit more subdued than some other special edition PS4s, but still pretty nice. Apparently, the design also has a “leather finish,” which sounds rather odd. The copy of Kingdom Hearts III is also the Deluxe Edition, which includes a Steelbook case, art book, and collectible Sora pin. 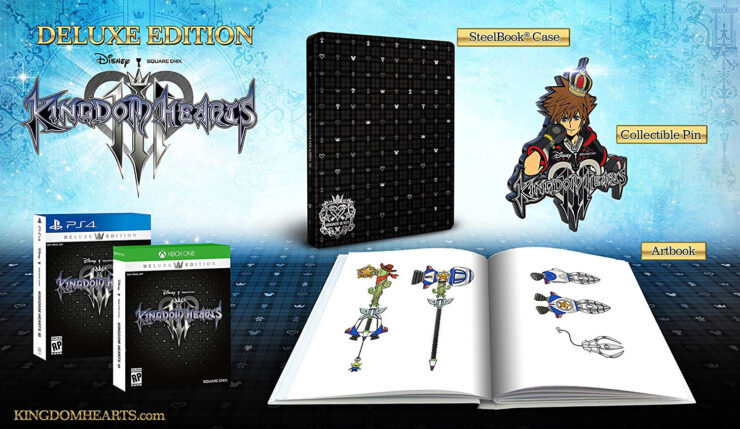 According to Sony, Kingdom Hearts III will also come with “PS4-exclusive digital content,” although it isn’t entirely clear what that will be.

Kingdom Hearts III was first announced back in 2013, but development, led by perfectionist series creator Tetsuya Nomura, has been slow-moving and shrouded in mystery. Trailers were released in 2014 and 2015, and it was anticipated Kingdom Hearts III might release sometime in 2015, but then all news about the game dried up. Thankfully, but the game resurfaced at last year’s D23 Expo, and we’re now only weeks away from it’s long-anticipated release. Here’s a very basic story description:

Kingdom Hearts III tells the story of the power of friendship as Sora and his friends embark on a perilous adventure. Set in a vast array of Disney and Pixar worlds, Kingdom Hearts follows the journey of Sora, a young boy and unknowing heir to a spectacular power. Sora is joined by Donald Duck and Goofy to stop an evil force known as the Heartless from invading and overtaking the universe. Through the power of friendship, Sora, Donald and Goofy unite with iconic Disney-Pixar characters old and new to overcome tremendous challenges and persevere against the darkness threatening their worlds.

Kingdom Hearts III brings the magic to PS4 and Xbox One on January 29, 2019. The Kingdom Hearts III PS4 Pro Limited-Edition bundle will set you back $400 and is available exclusively through GameStop. Pre-orders for the bundle are open now.