At PlayStation 4 press conference on February 20, 2013, Evolution Studios officially announced Driveclub, a brand new PlayStation 4 exclusive racing video game title. Announcement trailer of the game was shown at the event and it attracted a lot of attention. The game was aimed to be released as PlayStation 4 launch title but it was delayed but the new release date was not announced. 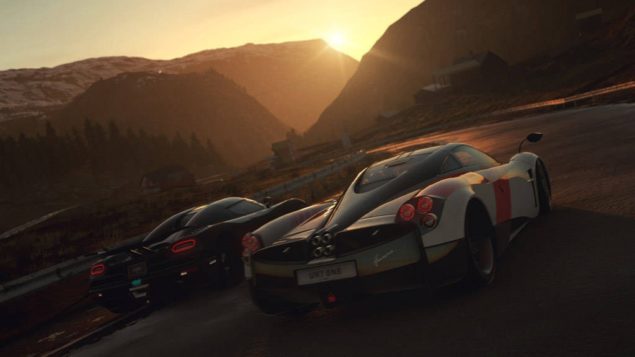 Driveclub was said to launch along with PlayStation 4 in 2013 but the developer delayed the launch to 2014. The game was supposed to come as a PlayStation 4 Japanese launch title on February 22, 2014, but it didn't happen and Sony delayed the game again. The publisher did not reveal the new release date for the game but at the time of original delay, President of SCE Worldwide Studios, Shuhei Yoshida, said:  "DriveClub will be a truly innovative, socially connected racing game, but the team requires more time in order to deliver on their vision - and I'm fully confident the game will surpass your expectations."

Sony stated last month that release date for Driveclub will be announced "shortly" and that the firm is "really excited" about Evolution Studios' progress. However until now, the publisher has not revealed a release date for Driveclub but it looks like gamers will soon get their hands on the game because Kazuo Hirai, Sony's boss, is already playing the game. He told Variety in an interview:

"To clear his mind, Hirai likes driving his sports car with the top down. When he’s not on the road, he still prefers the driver’s seat, playing videogames like “Driveclub” and “Grand Turismo” on Sony’s PlayStation. “As you can tell,” he says, “I love cars.”

Mostly, the bosses always test and play the game when it is almost complete so could it be that Driveclub is ready for a launch and the game is soon going to hit the local shelves? Well, this could be a minor hint that the game is coming soon. Sony Computer Entertainment is not answering any questions regarding the release date of the game so we will have to wait and look out for an official Driveclub release date announcement.

Onrush Review – Beyond the Finish Line

ONRUSH Interview – An Arcade Racing Game Influenced by Fighters; No Microtransactions at Launch