Apple seeded the fourth version of its beta iOS 7.1 OS to developers and testers. Since the release, everyone has been worried if the latest iOS 7.1 Beta 4 has patched up the security exploits used in evasi0n7. Seems like Apple has got to the evad3rs team's months long tiring efforts! 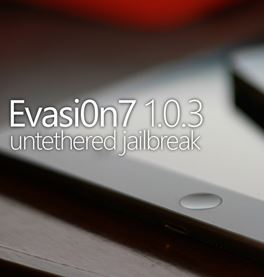 Unexpectedly, Apple's iOS 7.1 Beta 4 security patches up one essential exploit used by evasi0n7 to jailbreak iOS 7 powered iDevices. From a plenty of varied sources, it seems like unluckily Apple has been able to patch up vulnerabilities used by evasi0n7.

Tweets from iH8sn0w, p0sixspwn confirm that Apple may have patched some of the vulnerabilities used by evasi0n7. Earlier iOS 7.1 Beta released dint affect the jailbreaking tool or patched up any exploits. Even with this release, it wasn't expected that Apple will patch up vulnerabilities this early.

Team evad3rs hasn't yet talked about it, neither is it expected to so. As a tweet confirms, jailbreaking community does not confirm any vulnerabilities patched as it helps Apple.

MuscleNerd @MuscleNerd: To all the newer JBers: we rarely comment on whether exploits are closed in betas. There’s no advantage..if anything, it just helps *Apple* 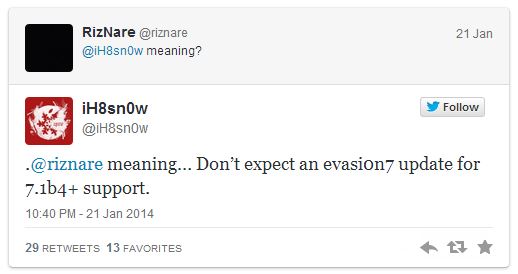 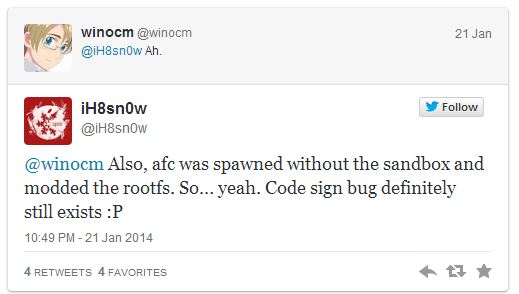 According to iH8sn0w, Apple's iOS 7.1 Beta 4 patches up an important kernel exploit used in evasi0n7. If he is right on the spot, evad3rs team won't be able to release the iOS 7.1 Beta 4 supported evasi0n7 JB any soonest.