Only recently, we published a report detailing the capacity variants of Apple’s newly released iPod Touch. The device is armed with an A8 chipset that features a dual-core processor running at 1.1 GHz. Additionally, the rear camera sensor has a maximum image capturing resolution of 8 megapixels. Apart from leaking the clock speed of the A8 SoC running inside iPod Touch, benchmarking results of the newly released product have also been detailed.

Apple iPod Touch Gets Taken For A Geekbench 3 Run; Scores Impressively As Compared To The A5 Running iPod Touch

When taken for a Geekbench 3 run, iPod touch was able to score 1379 points on the single-core test and 2440 points in the multi-core test right out of the box. In contrast, that is a huge boost in scores if you compare the A5 running iPod Touch, which only scored 215 and 410 points in respective tests. Additionally, Apple has also raised the bar in the features department. 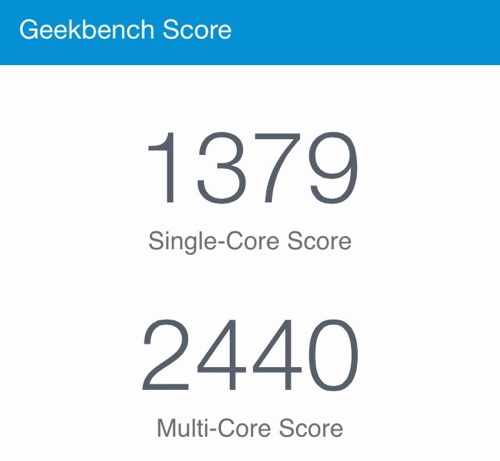 For starters, iPod Touch happens to be the very first mobile device to feature a Bluetooth 4.1 module, which offers less connection interference with LTE bands, improved power management, and most importantly, better data transfer. The only drawback is that Bluetooth 4.1 provides limited connectivity range. 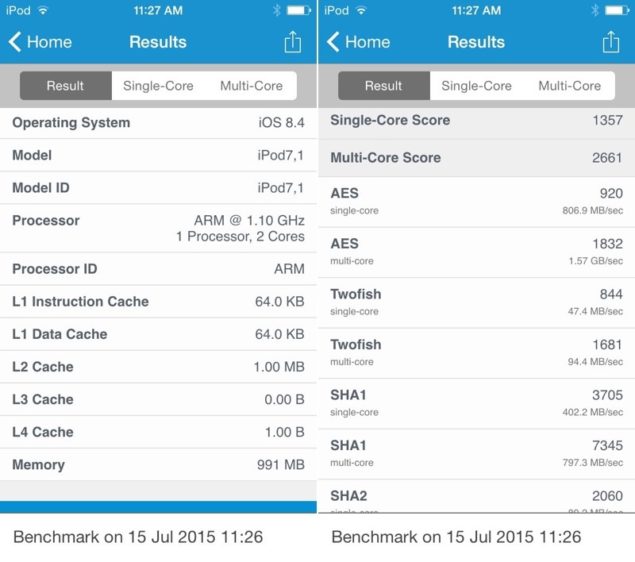 It's available from the Apple online store beginning today. Apple might have extended its iPod portfolio by releasing nano and shuffle models in new colors, but the internal components of these products have remain unchanged.

Find my iPhone app your knight in shinning armor