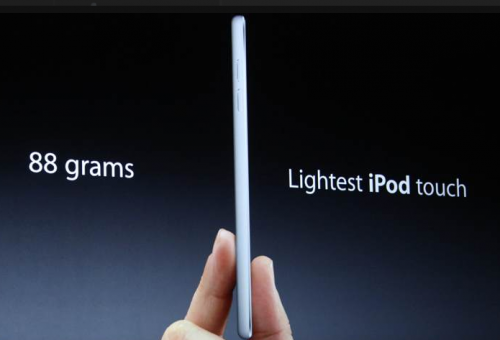 As the picture rightly points out, the fifth generation iPod touch is the lightest iPod to date, coming in at just 88 grams. It has a 4 inch Retina Display. Size of the display is in sync with that on the iPhone 5. It is surprisingly thin at just 6.1mm. Apple says its the best iPod they have ever made, lets see if that claim really holds up.

One thing Apple has fixed in the iPod touch is the back cover. Previously it used to be fashioned out of chrome which is really susceptible to picking up scratches. Now the new iPod touch has a brushed aluminium back cover which is not so prone to scratching. The iPod touch retains its headset jack on the bottom and is joined by the smaller dock connector as well as a speaker.

The new Apple iPod touch has a dualcore processor which Apple claims offers up to seven times faster graphics than the previous iPod touch. The battery is good for eight hours of video playback and forty hours of music playback. A five megapixel backside illuminated back camera is capable of recording video in 1080p with image stabilization through its 5 element lens and sapphire crystal lens cover. Panoramic pictures can be taken through the Camera app. There's a 720p camera for FaceTime HD up front. Both cameras feature face detection.

Using the iPod touch loop, a brushed aluminum button on the back, users can attach a wrist strap for added security for when they're walking around or taking photos with the new iPod touch. Wrist straps are color coordinated with the five colors that the new iPod touch is being offered in. These colors include raw aluminum, black, blue, yellow and red. 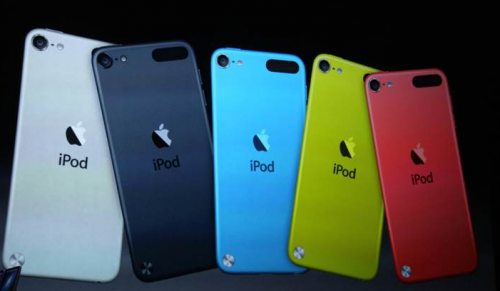 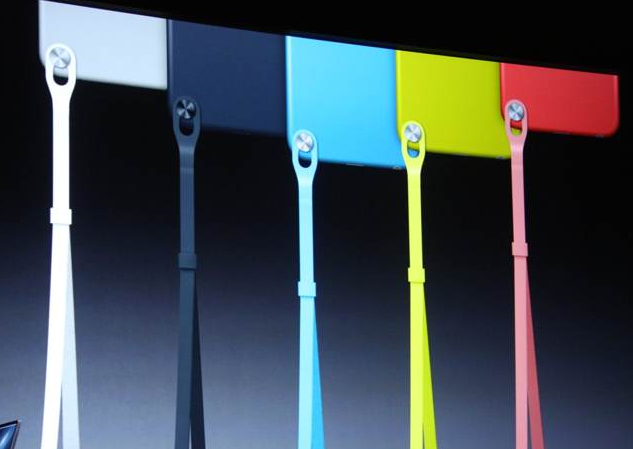 Find my iPhone app your knight in shinning armor