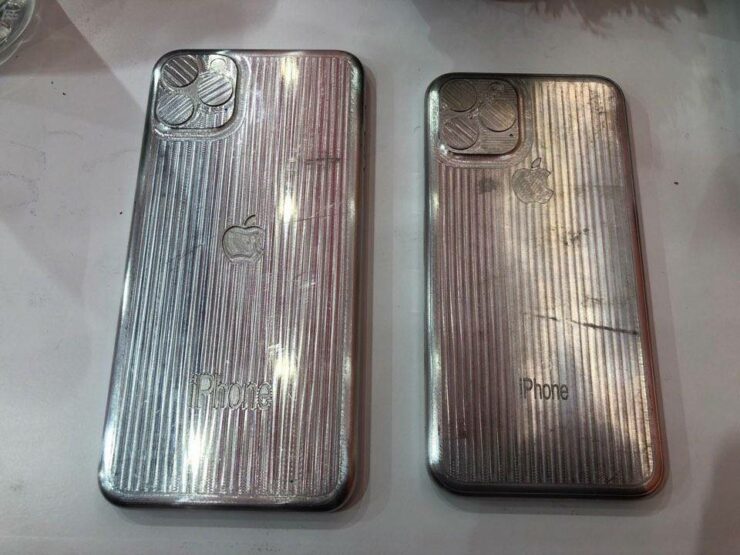 It's a good year for iPhone leaks. Apple's supply chain is benevolent, as we've seen more information surface for this year's iPhones than it did for their predecessors. Earlier this year we saw schematics for the iPhone XI and iPhone XI Max straight off the factory floor. Now, it's the smartphones' molds that make an appearance. Take a look below for more details.

If we believe recent leaks for the 2019 iPhone lineup, it's looking as if Apple set its sights on differentiating the smartphones as much as it can from their competitors. To achieve this, the company will equip at least the iPhone XI and iPhone XI Max with an odd, and a first of its kind, triangular rear camera arrangement.

Windows PCs Will Have to Switch Over to ARM CPUs Eventually to Match Apple’s Future Offerings, Says Former Mac Chief

While this configuration isn't set in stone as we've had leaks that show otherwise, it's still the most widely reported detail for the 2019 iPhone lineup. Now, we've got another leak that appears to be from a case manufacturer for the iPhone. This leak, which shows production molds, adds corroboration for a new camera arrangement on the smartphones.

As you can see, the triple rear camera setup is present on the top right of the smartphone. If you take a closer look at the images, you'll see that the Apple logo is misplaced, and the 'iPhone' dubbing is uneven across the two molds. Reports suggest that Apple will introduce a new Super-Wide angle lens on the iPhone XI and iPhone XI Max this year. This lens will have a 2.2 F-number and will the bulk of its supplies will come from Genius Electric Optical. Apart from this new addition, Apple will make only one change to the smartphones' camera capability. It will increase the smartphones' Wide Angle lens' CIS (MP per µm) rating to allow it to let in more light.

All in all, current reports for the 2019 iPhone lineup don't reveal any major features. In fact, if you got yourself one of the 2018 iPhones, then so far, there seems to be no need for an upgrade. A big, upgrade-worthy change from the iPhone X to the iPhone XS/Max was a processor upgrade, but this will not be the case in 2019. Thoughts? Let us know what you think in the comments section below and stay tuned. We'll keep you updated on the latest.

Apple Next Low-Cost iPhone May Start From Just $200; Current-Gen iPhone SE Costs Twice as Much