Apple is full of surprises, even when we have less than a month remaining for the tech giant to unveil the world’s most anticipated smartphone duo of 2015, iPhone 6s and iPhone 6s Plus. However, in addition to announcing the 4.7 and 5.5 inch model, it looks like we might also be witnessing a third iPhone 6s; one that is going to be bearing a 5 inch screen.

According to a Chinese website Feng, an illustration showing the rear side of iPhone 6s has been leaked and it has been shown that the device will possess a screen size of 5 inches. Additionally, the source also mentions that the resolution of this particular device is going to measure at 1920 by 1080 pixels. We had previously mentioned that iPhone 6s Plus was going to sport a resolution of 1440p, while the smaller version will have a resolution of 1080p.

However, if the rumor turns out to be true, then it could mean that the 4.7 inch iPhone 6s could have a resolution far less than 1080p. Now for the more interesting part; the source also mentions that the upcoming iPhone will have an 8 MP rear camera sensor. In order for consumers to experience much better image quality, then will have to resort to purchasing the 5.5 inch model. However, the source did not care to mention if any of the iPhone models would be sporting a Type-C USB port. 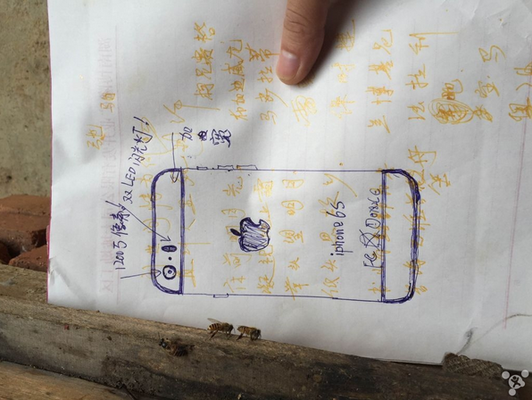 While we do know that the upcoming iPhones will be fitted with Apple’s own A9 SoC that is processed on the 14 nm/16 nm FinFET process, there many more details that we are unaware of, which will most likely be unveiled when Apple’s announcement kicks off. Till then, we will be treating this rumor with a grain of salt and hope for more details to come through in order to confirm this one.